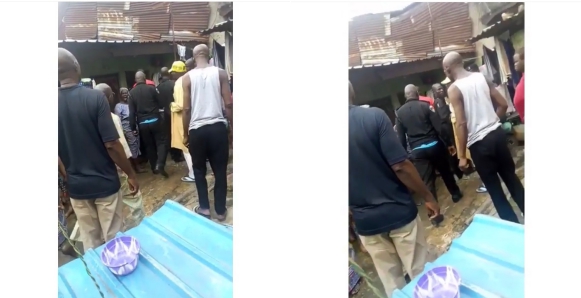 A young boy’s police phobia has got him arrested in Lagos.
According to reports, the 13 years old boy, who is the head boy of his school, was fetching water from a well in front of their house, today, when he sighted some riot policemen at Itafaji, Lagos Island.

However, due to his phobia for the police, he ran inside and that was his offense, as the officers who were called in to intervene in an ongoing riot in the area, went inside the house and arrested him.

According to them, he is part of the rioters and that was why he fled. All attempts by residents to make the officers realise that the boy is underage, fell on deaf ears, as they went away with him and his mum.