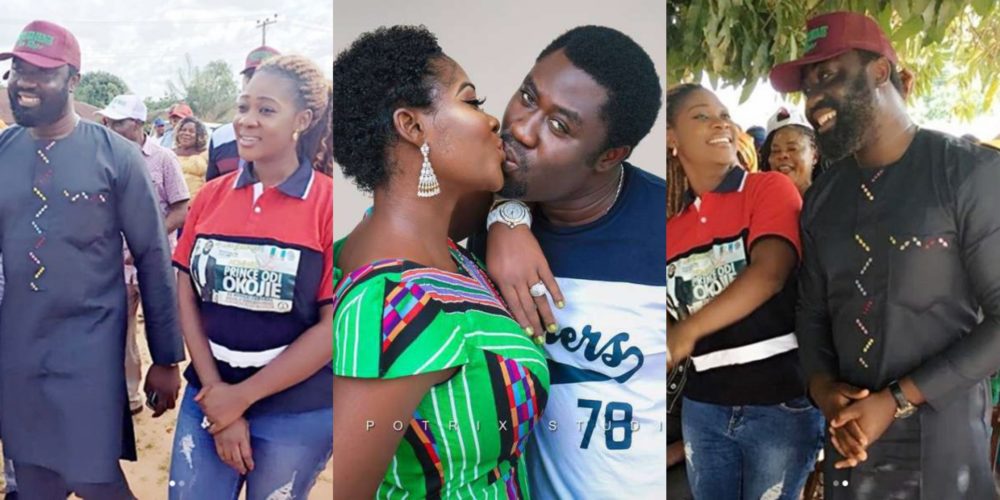 There is a popular saying that ‘behind every successful man there is a strong woman’, and actress Mercy Johnson and her hubby are the perfect examples for this quote. 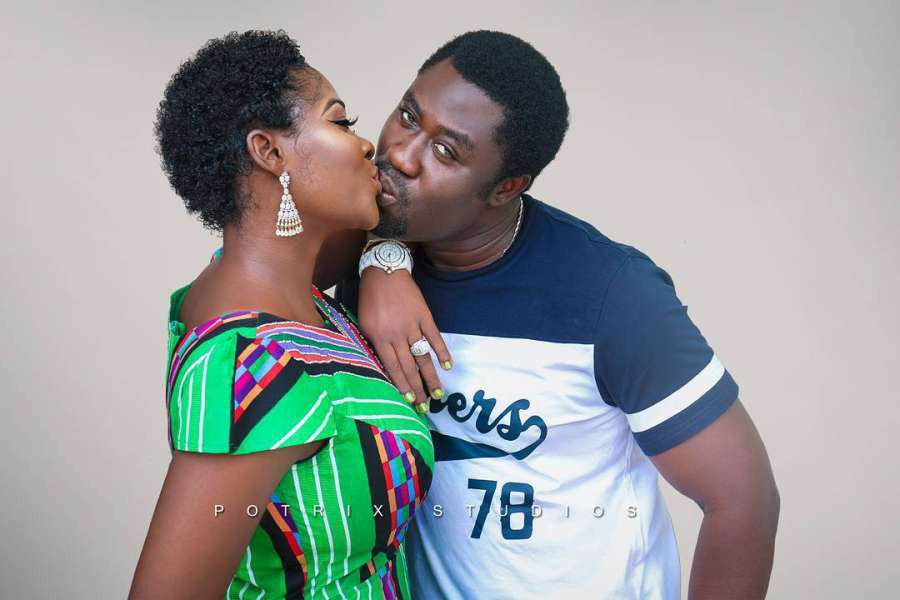 Popular Nollywood actress, Mercy Johnson, has been captured on camera, supporting her husband, Prince Odi Okojie’s political ambition during a recent campaign, as she was seen rocking a campaign t-shirt and face cap as she held her husband’s hand smiling.
Prince Odi Okojie took to his Instagram page to share photos from the campaign, and talked about leadership and preserving culture, noting that he decided to stand for the people because he has children and he considers every child his child.
He posted photos from the political event and wrote:
“When a Leader encourages the culture of impunity, the society is lost and it makes work harder for all of us….(wole soyinka)… Because of my children and because every child is my child, I have decided to stand with the truth, even if lies cover it all…. But posterity will judge …. I have witnessed the highest level of abuse of power and impunity. We will not be silent, we will speak, we will vote and our votes will count…..”
Edo State-born politician, Prince Okojie is reportedly constesting for House Of Representatives at the National Assembly.
See another photo of the couple during the political event below; 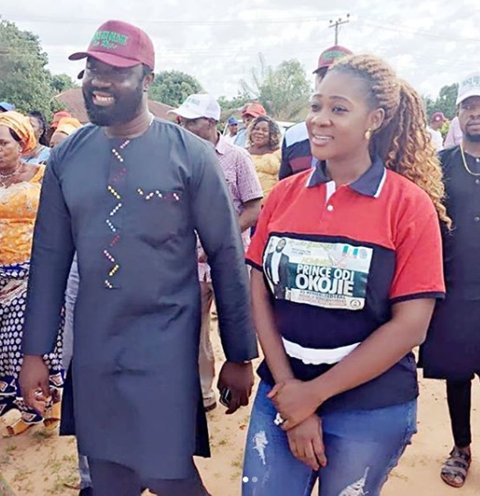 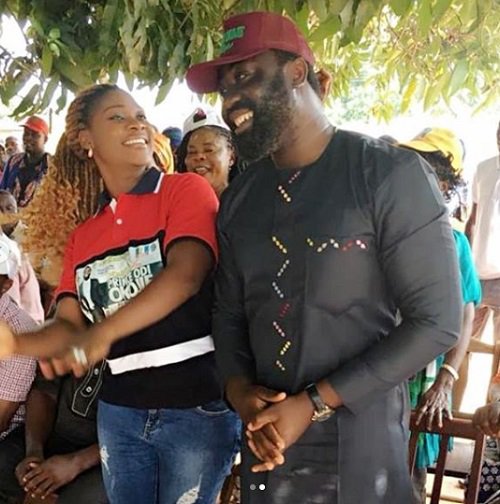