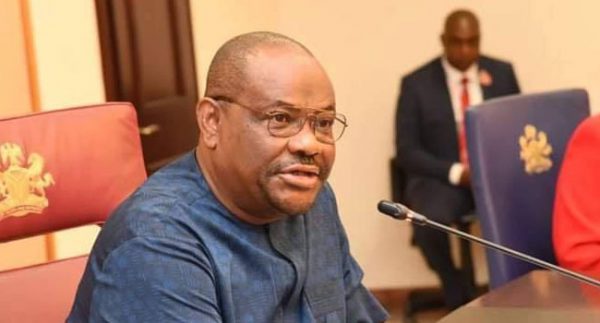 Governor Nyesom Wike of Rivers State has disclosed why God may not forgive the Peoples Democratic Party, PDP.

Wike said it will be difficult for God to forgive the PDP if it fails to listen to Nigerians yearning for the party to return to power.

He spoke while answering questions from journalists during a one day visit to Bauchi State on Saturday.

According to Wike: “It is also to make sure that the PDP is united because, if the PDP makes the mistake of not listening to Nigerians, it will be very difficult for God to forgive the PDP.

“This an opportunity to save Nigeria. We, Christians, know that when the Israelites were in problems, God had to bring Moses to lead them.

“This insecurity, this is not the kind of Nigeria we want, it is not the Nigeria where every day you wake up in the morning, the newspaper says, ’40 people have been killed…’ There is no day in Nigeria that people are not being killed.”

“God will never forgive PDP if it (PDP) fails to take advantage of the woeful failure of APC to take over power in Nigeria in 2023 to salvage the country.

“It’s only we (PDP) that can stop the issue of insecurity if we join hands together to fight to save our Nigeria’s tomorrow,” the Rivers governor declared.

Speaking on the presidential ambition of his Bauchi counterpart, Wike said he endorsed Governor Mohammed to emerge the next Nigeria’s President, saying that, “I endorse Bauchi State governor, Senator Bala Mohammed, for president come 2023.”

He described Governor Mohammed as overqualified to lead the country from 2023, informing that PDP would gladly welcome qualified politicians like the Bauchi governor to replace the failed leadership of the ruling APC.

“He is qualified in every ramification. His relationship with people is second to none. So people calling on him to run for president have seen the qualities in him.

“Apart from that, the fact that Bala has had all the experiences, from the civil service down to political office from a Director in the ministry, he became a senator, a minister and now a governor, that alone is enough to qualify him,” Governor Wike said.

Wike called on the people of Bauchi State in particular and Nigeria as whole to vote for Bala Mohammed because he (Mohammed) is overqualified, saying that, “let me use that word if there is any word like that at all.”

He asserted that his host has the pedigree, considering his antecedents and performance as Bauchi State governor in less than three years in office.

Asked why he visited his colleague on New Year day, Wike explained that he left Port Harcourt to be in Bauchi in an effort to make the PDP a united party, adding that he also came to visit a special friend (Governor Mohammed), whom he said he held in high esteem.