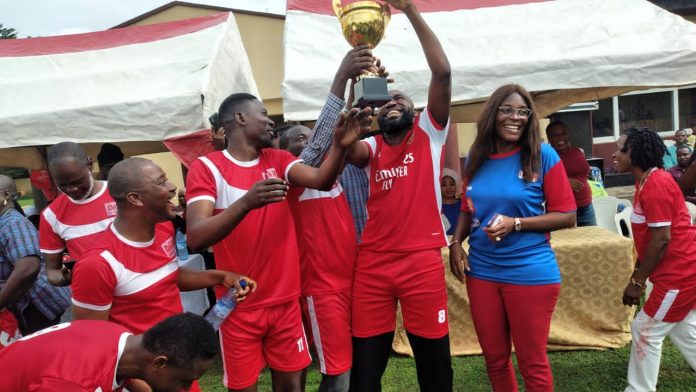 The event which witnessed the dexterity of both teams in a healthy and friendly but stiffly competed game ended 5-1 in favour of the host team.

In attendance were top executives of Ray Power FM including the Managing Director, Dr Ambrose Somide, DJ JJC Skillz, among other celebrities, the immediate past president and current BOT chairman of the Guild of Professional Bloggers of Nigeria (GPBN), C.K. Nwandu (CKN), the current president, Mr Adrian Egonu led executive members of the Guild and other well-wishers for both teams (staff and members of the respective bodies).

The event Kick started with a courtesy visit to the studios of the Station where memories of the beginning and through the years of the Station were relished by pioneer staff and members of the GPBN including their highs and lows.

Highlights of the event was cutting of the anniversary cake and toasting to more years of success.

The game ended on an exciting note as both teams cheered their favorites and cups were presented to both teams for their exemplary game. 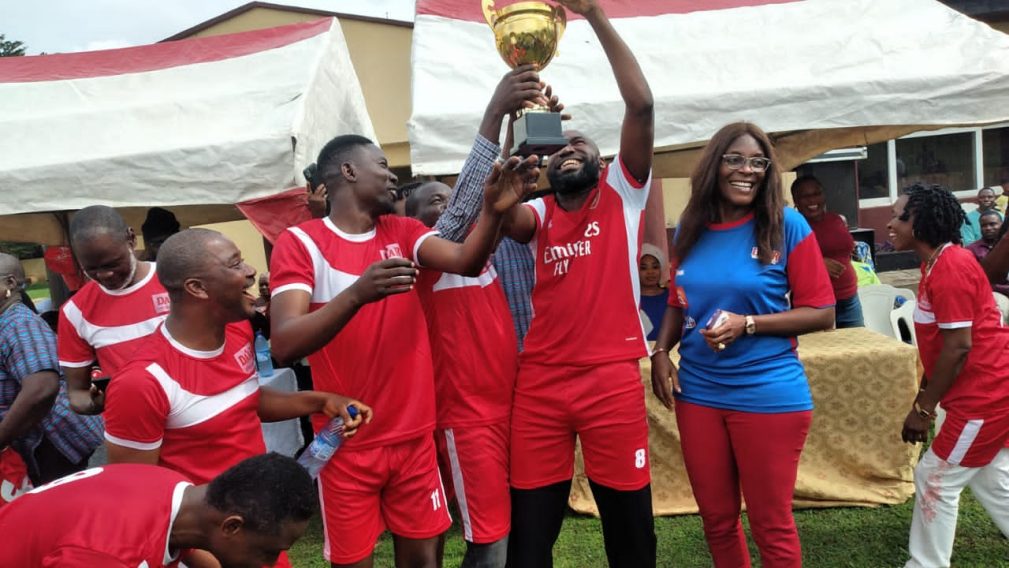 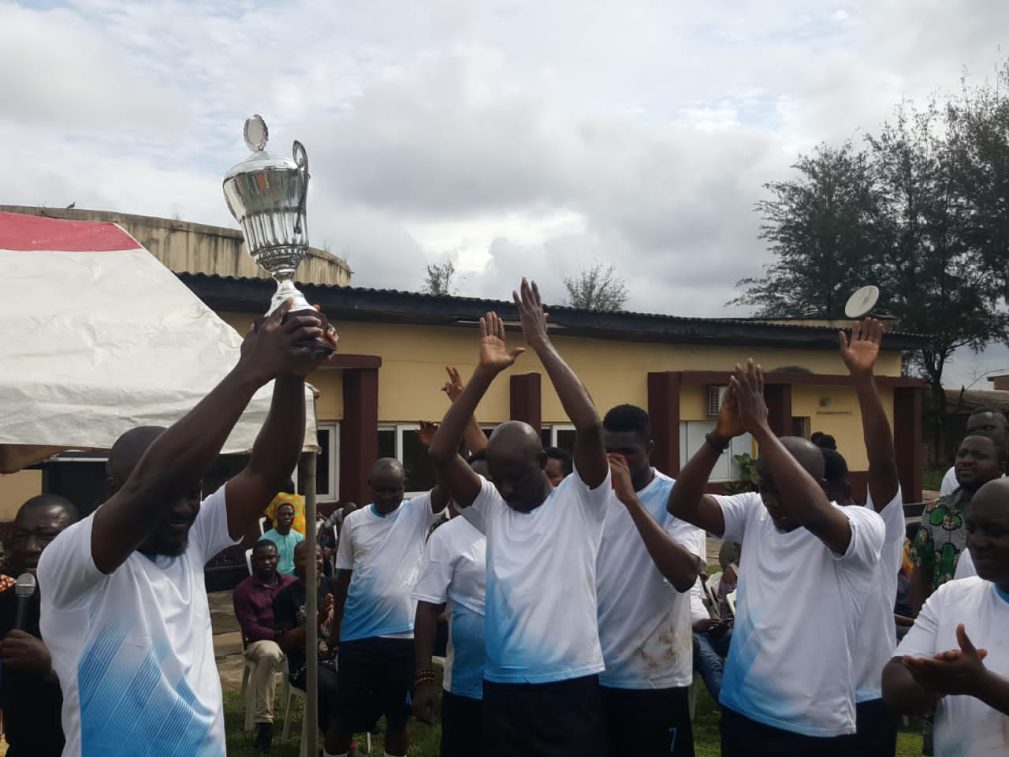 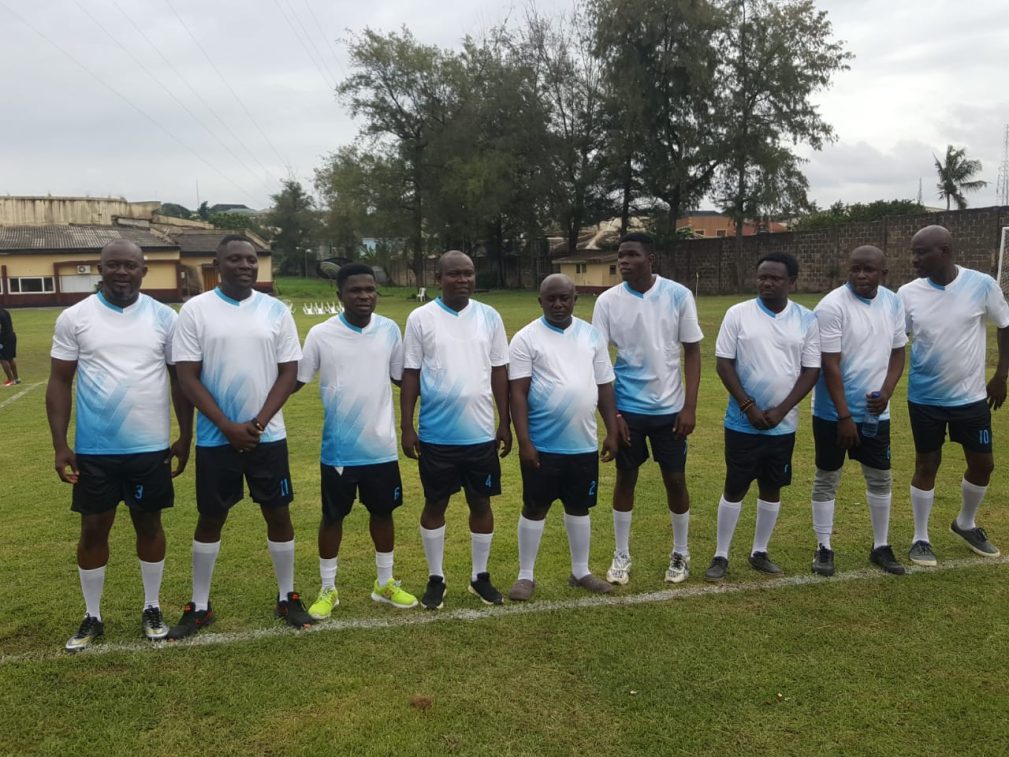 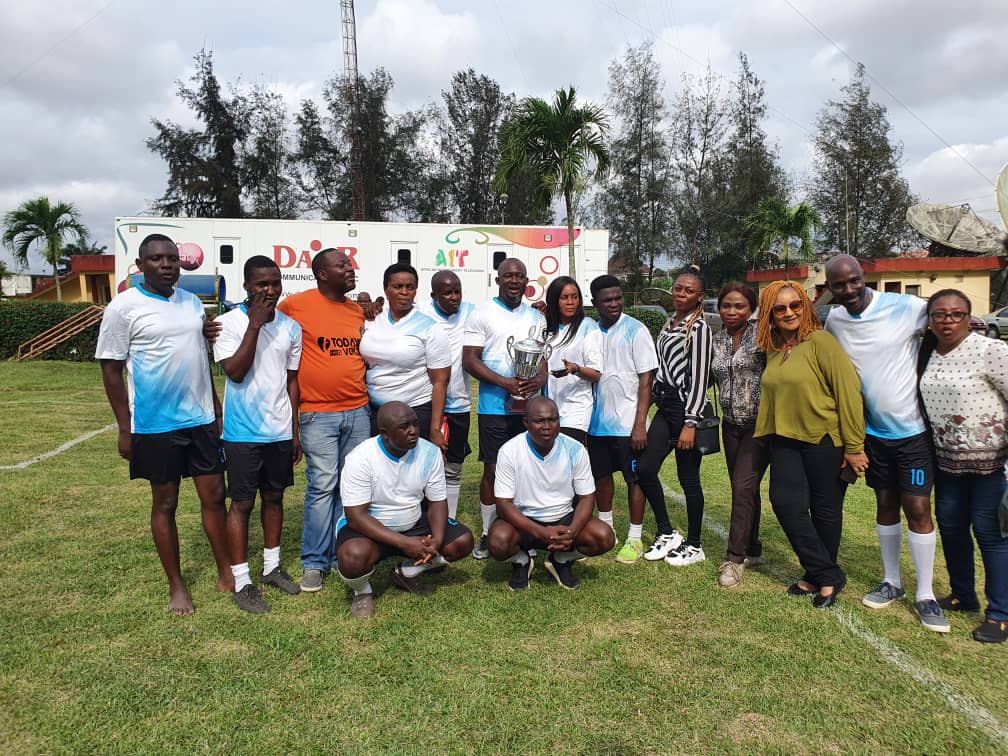