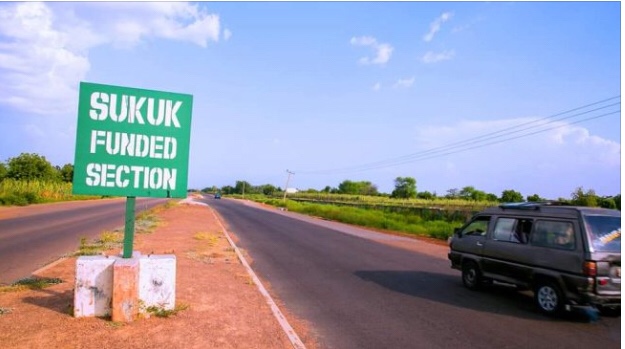 On Friday, President Muhammadu Buhari gave a nationwide broadcast in commemoration of this year’s Democracy Day. He used the opportunity to give an account of his stewardship in critical sectors.

Buhari said his administration has recorded “notable achievements” notwithstanding some setbacks, and set timelines for more deliverable.

Here are 10 key things the president said during the broadcast:

He said out of the 643 kilometres of roads targeted through the bond, a total of 412 kilometres have been constructed.

He also said: “The Presidential Infrastructure Development Fund projects are also progressing very well. On the 2nd Niger Bridge, piling work has been completed and the approach roads are being constructed. 48% of work on this bridge has been achieved.

“We have constructed 102km of the 376km Abuja–Kaduna–Kano Road, representing 38%, and the 42.9km Obajana–Kabba Road is 87.03% complete. Furthermore, the Federal Roads Maintenance Agency has completed routine maintenance on over 4,000km of federal roads out of the 5,000km targeted.”

The president said agriculture remains the key to his administration’s economic diversification strategy as evidenced in the progress made in the last one year.

He said the presidential fertiliser initiative programme continues to deliver “significant quantities of affordable and high-quality fertilisers” to our farmers and that it has helped to revive 31 blending plants and create a “significant number of jobs”.

“Government is also revamping the cotton, textile and garment sector via a CBN (Central Bank of Nigeria) Textile Revival Intervention Fund that would considerably reduce foreign exchange spent on cotton and other textile imports,” he added.

“To protect our farming investments, we have deployed 5,000 Agro-Rangers and employed 30,289 in our para-military agencies. We are also integrating rural communities to the formal economy by extending access to credit and inputs to rural farmers and building feeder roads.

“Our efforts on growing non-oil exports have started to yield some results. For instance, in the past year, our revenue from Cocoa and Sesame Seed increased by $79.4 million and $153 million.”

EFFECTIVE USE OF RECOVERED LOOT

In the broadcast, Buhari said anti-corruption agencies have secured more than 1,400 convictions and recovered funds in excess of N800 billion, and that his administration continues to ensure the funds recovered are used for development and infrastructure projects.

He said the public service has continued to evolve as the bedrock for the formulation and implementation of policies, programmes and projects to enable the government to better tackle new socio-economic challenges.

“I will continue to give all the necessary support for the on-going reforms designed to return discipline, integrity and patriotism as the hallmark of the public service,” the president pledged.

Efforts to tackle insecurity, which remains a major challenge especially with regard to armed banditry, kidnapping and Boko Haram insurgency, also featured in the president’s speech.

He said his administration is according “appropriate priorities” to ending insurgency, banditry and other forms of crimes across Nigeria, and that “men and women of the Armed Forces of Nigeria have considerably downgraded such threats across all geo-political zones”.

“All the local governments that were taken over by the Boko Haram insurgents in Borno, Yobe and Adamawa have long been recovered and are now occupied by indigenes of these areas who were hitherto forced to seek a living in areas far from their ancestral homes,” he said.

“As part of the strengthening of our internal security architecture, the ministry of police affairs was created. Government has expanded the National Command and Control Centre to nineteen states of the federation, resuscitated the national public security communication system and commenced the implementation of the community policing strategy.”

’10M CHILDREN BEING FED IN SCHOOLS, SUCCESSES IN OTHER SOCIAL WELFARE PROGRAMMES’

“Similarly, ‘Marketmoni’ and ‘Tradermoni’ Programmes have provided affordable loans to small and micro scale enterprises to grow their businesses. Under the National Home-Grown School Feeding Programme, over 9,963,729 children are being fed to keep them in school and improve their nutritional status.”

Buhari said because the power sector remains key to meeting Nigeria’s development aspirations, he is determined to tackle the challenges that has made adequate power supply impossible for the citizens.

“Our agreement with Siemens will transmit and distribute a total of 11,000 Megawatts by 2023, to serve our electricity needs,” he said.

‘FREE AND COMPULSORY EDUCATION FOR CHILDREN REMAINS THE GOAL’

The president said Nigeria remains committed to expanding access to quality education, and that the country will continue to pursue the enforcement of free and compulsory basic education for the first nine years of schooling.

Although the Universal Basic Education Act provides for free and compulsory education for Nigerian children, this is not being implemented in many states.

Buhari said to achieve early education for children, a project known as the Better Education Service Delivery for All has been launched in 17 states while six federal science and technical colleges have been established.

“In our revision of the operations of specialised education funds and to implement reforms that would optimise their benefits to the sector, we have adopted a Public-Private Sector Partnership for provision of infrastructure and also collaborate with the private sector to create jobs,” he added.

Buhari thanked the media for their “doggedness” in the struggle for the attainment of Nigeria’s democracy and for being “effective watchdog for the society especially in holding public officers to account”.

“We will continue to guarantee freedom of the press as we place high premium on responsible journalism that is devoid of hate speech, fake news and other unethical professional conduct,” he said.

“For the first time in over ten years, Nigeria is conducting bidding process for 57 Marginal Oil Fields to increase revenue and increase the participation of Nigerian companies in oil and exploration and production business,” Buhari said, adding that $200 million intervention fund has also been disbursed to indigenous manufacturers and service providers in the oil and gas sector.

He also said peace has been restored in the Niger Delta region and oil production levels maintained through “sustained engagement of youths, opinion leaders and other stakeholders”.

Buhari lamented the impact of COVID-19 on Nigerians, saying the infection has also caused the death of “a close member of my staff and some relatives and friends”.

He, however, expressed commitment to ensure adequate efforts are in place not only to manage the current situation but to ensure the impact is cushioned.

“Government is determined to turn this COVID-19 challenge into a motivation to action by building a nation-wide public health care system that will help us overcome the COVID-19 pandemic and prepare for any future outbreak,” he said.

“Already, we have begun to look inward and I charge our inventors, researchers and scientists to come up with solutions to cure COVID-19.”