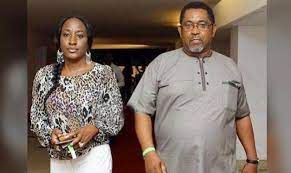 Ireti disclosed in her interview with popular media personality, Chude Jideonwo that “we are officially divorced.”

Delving into her life’s journey, the actress also corrected the false impression that she had her first child at age 17. She stated that she was 19.

Explaining further how she suffered physical and domestic violence as a teen, Ireti noted that she had no business with marriage when she became a mother.

“The truth of the matter is that I had no business being married at that time, talk less of going to the choice of who I got married to,” she said.

Sharing the interview video on her Instagram page, the actress wrote, “We are officially divorced.”

The mother of four had moved out from her husband to her apartment at Anthony Village in Lagos.