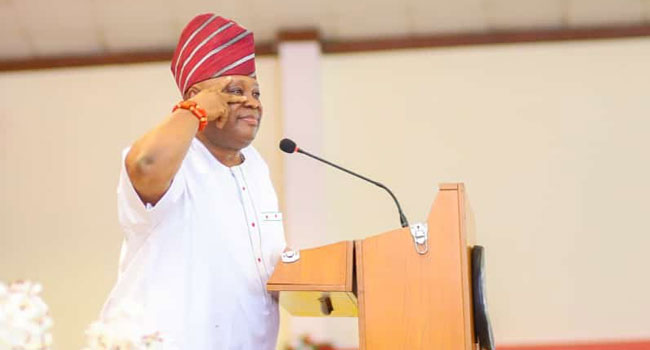 The 6th governor of Osun State, Senator Ademola Adeleke, assumed office on Sunday at the Osogbo City Stadium in the state’s capital, the oath of office was administered by Adepele Ojo, the state’s chief judge.

Around 11:50 a.m., Adeleke took the oath of office; Kola Adewusi took it around 15 minutes later.