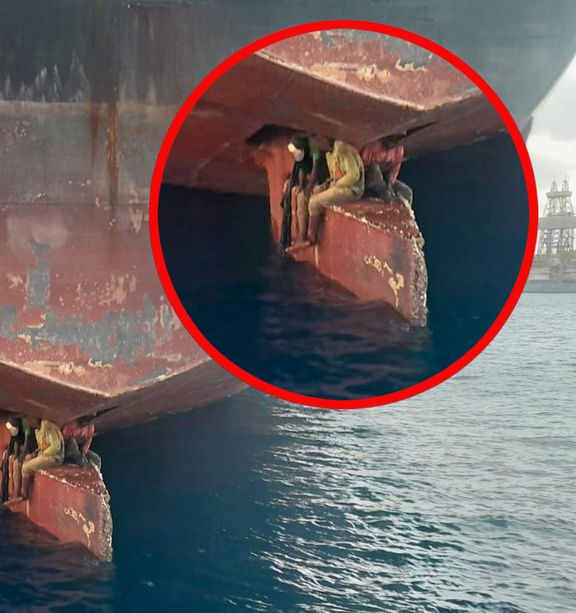 Three men who stowed away on a tanker that landed in the Canary Islands from Nigeria by balancing on its rudder just above the waterline have been rescued by the Spanish coastguard.
The three stowaways were visible sitting on the rudder of the oil and chemical tanker Alithini II in a photo posted on Twitter by the coastguard on Monday.According to Marine Traffic, a ship-tracking service, the Maltese-flagged Alithini II arrived in Las Palmas, Gran Canaria, on Monday afternoon following an 11-day journey from Lagos, Nigeria, The Guardian writes.

The men were brought into the harbour where they received treatment for cold and dehydration, according to a tweet from the coast guard.

Txema Santana, a journalist and migration counsellor to the government of the Canary Islands, tweeted:

”It has happened before and won’t happen again. It’s not always lucky for stowaways”.

According to The Guardian, risky crossings to the Canaries from North Africa have sharply increased since late 2019 as a result of tighter controls on Mediterranean routes.

Four individuals hid on the rudder of an oil tanker leaving Lagos in October 2020 for ten days before being found by authorities when the ship approached Las Palmas.

The research also noted that according to Spanish data, sea migration to the archipelago increased by 51% in the first five months of the year compared to the same period last year, hundreds of people dying every year on the increasingly dangerous journey made possible by the use of shoddy boats inflatable or wooden boats.