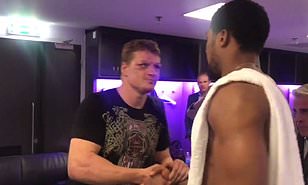 Anthony Joshua and Alexander Povetkin engaged in a respectful shake of the hands in the Wembley locker rooms after their bruising fight on Saturday night.
Joshua put on a dazzling performance in front of an 80,000 raucous crowd as he emphatically knocked out the Russian mandatory challenger in round seven.
It came after Povetkin had dominated the early stages of the fight, leaving Joshua with a bloodied nose, only for the British star to gain control late on and put an end to the fight early. 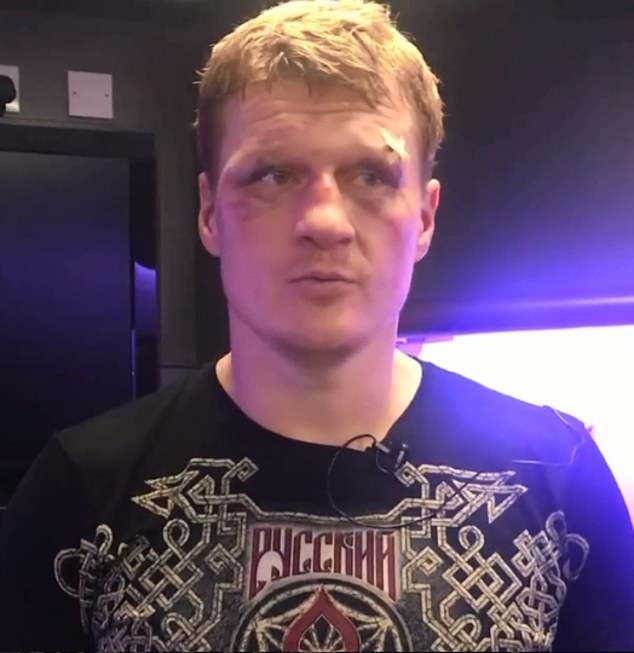 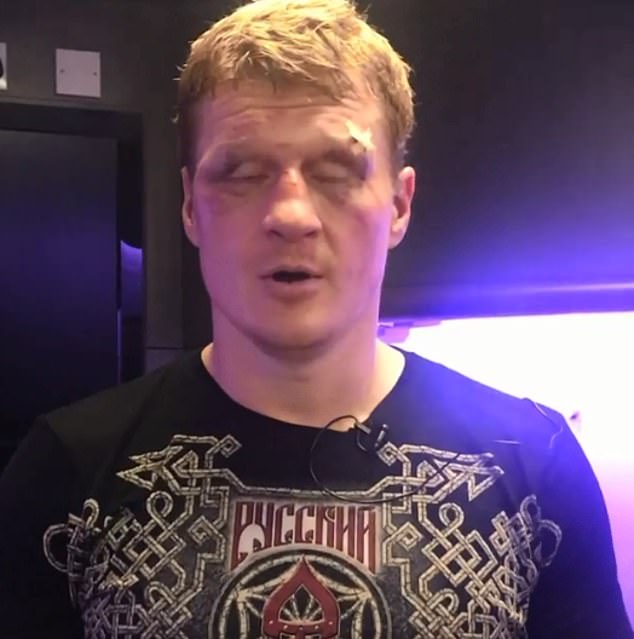 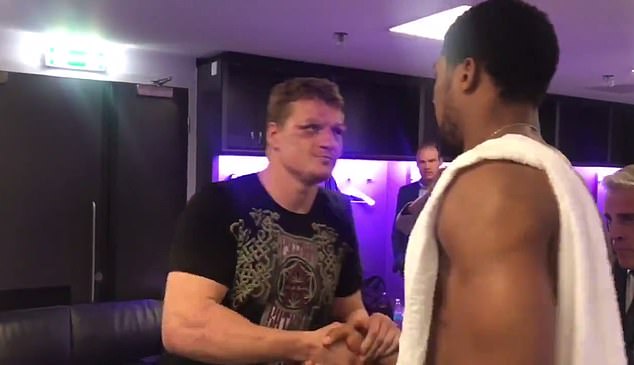