Benue indigenes resident in Abuja have endorsed the candidature of the candidate of the All Progressives Congress (APC) for this year’s governorship election, Rt Hon Emmanuel Jime. 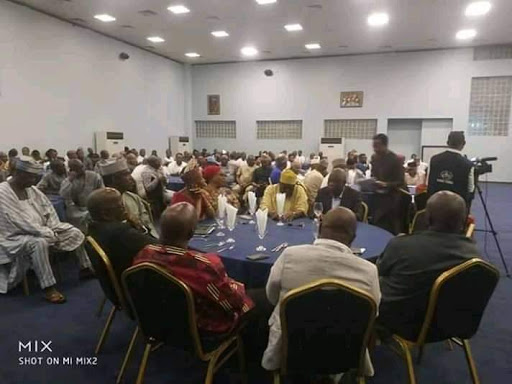 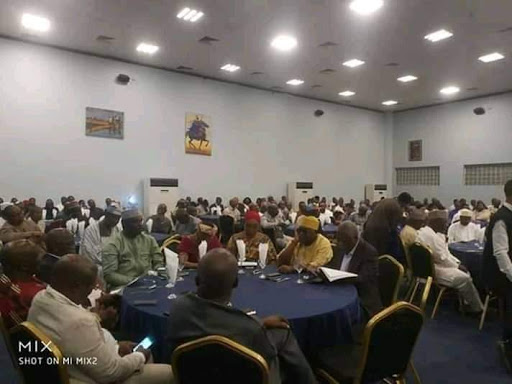 This happened at a parley between Jime and  hundreds of prominent Benue sons and daughters from different walks of life including retired senior military officers, public servants, elder statesmen, business men, development experts, educationists, top politicians  and media professionals, held at NAF Conference Center, Abuja.
In his speech, the governorship hopeful called for the support of all Benue people in the diaspora. He also paid tributes to the APC governorship aspirants who sought the party ticket with him and thanked them for rallying around his candidacy.
He said “The issues that confront us in Benue are very well documented. Every Benue son has a role to play in getting the state out of the deprivation it faces. Benue is at a crossroads, torn between great potential and crass incompetence. At no time has there been so much devastation in Benue as is the case today. It’s never been this bad.  The people have never felt this hopeless. Our people’s hopes are modest and it’s easy to meet their hopes and expectations through honest and purposeful governance.”
Jime noted that Benue people are hardworking and satisfied with their little wages and income when paid, but expressed regret that it has become a huge tragedy that even this little income, especially for civil servants, is not assured under the current administration.
“People should not have to sell assets to get medication. Every Benue  child deserves a decent education. And when they get old, they deserve to retire with dignity and respect. Sadly this is not the case as we see today.”
He stressed further that although government can not solve all problems, it owed citizens a duty to set up the enabling environment for development and prosperity to thrive.
The candidate set out the six priority areas for his administration to be Security, economic prosperity, Education, Infrastructure and Urban Renewal, Healthcare Delivery, and Social Welfare.
He promised to prioritise capital expenditure over recurrent and develop strong public private partnerships as a major source of funding.
Jime lamented that even though total accruals to Benue State’s coffers since June 2015 were in excess of a whopping N402 billion,  the bulk of this amount had been frittered away by the current leadership.
He expressed regret over Benue’s level of indebtedness and said only public private partnerships would support the scale of economic revival required.
The candidate promised to fix the huge fraud around the wage bill, which stood at a little over N3bn at the inception of the current administration, but had ballooned to over N7bn, with no evidence of employments, even as some people had either retired or had been lost to death, some die to the inability to meet basic health needs as a result of non-payment of salaries,  and assured that he will connect Benue back to the federal centre if elected.
Other pledges he made included a dissolution of the State and Local Government Joint Account and full adherence to the TSA to remove opaqueness from government finances.
“The choice to entrench Benue into greatness is in your hands. Benue is in dire straits, but the darkest part of night is the period before dawn. The sun will rise on us soon. Let’s not be discouraged. I present myself as the last option to you. Use me,” he said.
Prominent amongst those who participated include Dr Yima Sen, a top-notch academic and development expert, former NIA national president, Arc Philip Iortyer, Chair of the NHIS Board Chief Mrs Entanty ifene and Hon Titus Zam, a former Special Adviser to the Benue State Government on Local Government Affairs.

Mimi Atedze - June 27, 2022 0
allegations against the former Chief Justice were very weighty and would have to be investigated by the National Judicial Council (NJC)