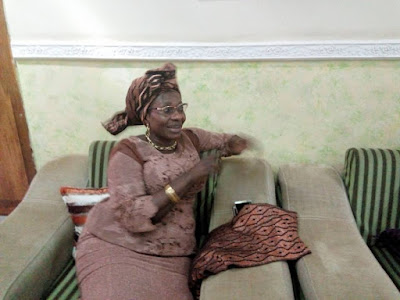 The Former Deputy Governor of Plateau State, Dame Pauline Tallen, yesterday alleged that the youths, who protested against her in Shendam during her tour to advance the course of her senatorial ambition were sponsored by some members of the All Progressives Congress (APC) in the state.
She said those who sponsored the APC youths were later disappointed because instead of ridiculing her profile, the protest rather promoted her when a large number of delegates and stakeholders were on ground to welcome her.
Tallen, who spoke through her Media Aide, Mr Shabul Mazadu, to journalists in Jos, said she observed that the youths, who engaged in the act were sponsored by some APC members who had the feelings that her senatorial ambition could jeopardise Governor Simon Lalong’s chances of second tenure having come from the same local government area.
He said: “The protest was sponsored by Lalong supporters from the inscription on the placard, Lalong may not be involved directly but through his foot soldiers. Tallen, who aspiring for APC Plateau Southern Zone,said both the President and the First Lady were in support of the United Nations declaration on ceding one-third of elective positions to women as well as the affirmative action following the Beijing Declaration in 2005 stating that in line with the above, every State ought to have at least a female Senator out of the three. She said: “At least in every State of the Federation, there should be one female Senator going by the Federal Government affirmation in support of the Beijing 2005 Conference and the UN declaration of ceding one-third of elective positions to women.