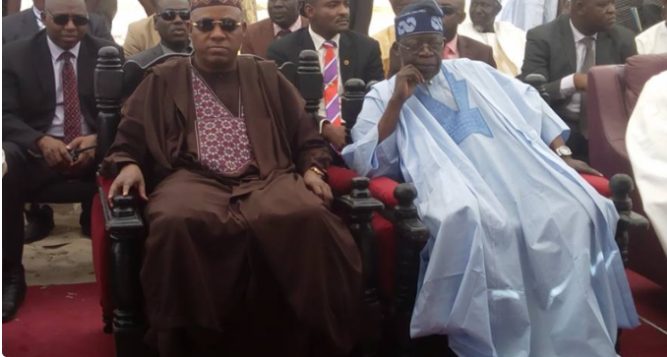 The Miyetti-Allah Kautal Hore group has been encouraged to endorse Seyi Tinubu, son of the All Progressives Congress (APC) presidential candidate.Seyi made the request on Thursday while paying a visit to Abdullahi Bodejo, the association’s national president.

Members of the Tinubu/Shettima support organisation City Boy Youth Movement (CBYM) were with him.

Tinubu’s son advised young people in Nigeria to support the APC in the elections coming up in order to give their country “renewed optimism.”

Let’s all go get our PVCs before the deadline and cast our votes for the APC. Voting for Tinubu/Shettima will support the youth as a priority, as indicated in their platform, Seyi was quoted as saying by NAN.

He claimed that the CBYM and the APC’s young wing would collaborate with the Fulani to make sure that the party prevails in the nation.

According to him, Miyetti- Allah’s community involvement with stakeholders and community leaders around the nation had a role in the choice to support the APC candidates.

Tinubu and Shettima of the APC were referred to as the “best candidates for the president” by Favour Abayomi, the head of CBYM.