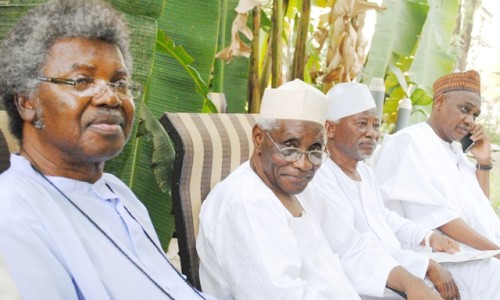 The Arewa Consultative Forum, a pan-Northern socio-political organisation, has expressed its sorrow over the passing of Dr. Paul Unongo, a former Minister of Power and Steel in the Second Republic, who passed away on Tuesday at the age of 87.

Unongo, a native of Jato Aka in the Kwande Local Government Area of Benue State, served as the organization’s deputy chairman. The ACF claims that the elder statesman’s passing is a significant loss for the entire population of Benue, the North, and the nation as a whole, in addition to the family.

This was stated in a statement given to journalists in Kaduna on Wednesday by Malam Murtala Aliyu, secretary general of the ACF.

Unongo was a “patriotic Nigerian…a person who dedicated his entire life to (the) service (of) his people and humanity,” according to the umbrella organisation of the North.

The Arewa Consultative Forum expressed its condolences to the family, the whole population of Benue State, the North, and the nation at large for the passing of Elder Statesman Wantaregh Paul Unongo OFR, a member of its group and the vice chairman of the Northern Elders’ Forum.”Chief Unongo, who was born on September 26th, 1935, passed away on Tuesday, November 29, 2022, at the age of 87.