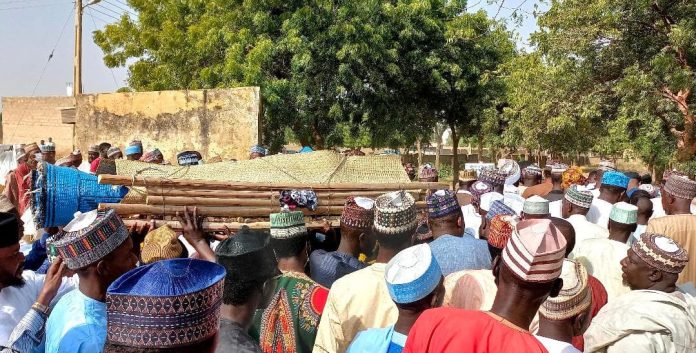 The Commissioner was killed on Wednesday December 8, at his residence in Fatima Shema Estate, Katsina metropolis.

Nasir’s body was interred at the Gidan Dawa cemetery after a funeral prayer led by the Chief Imam of Katsina GRA mosque, Dr Aminu Abdullahi Yammawa.