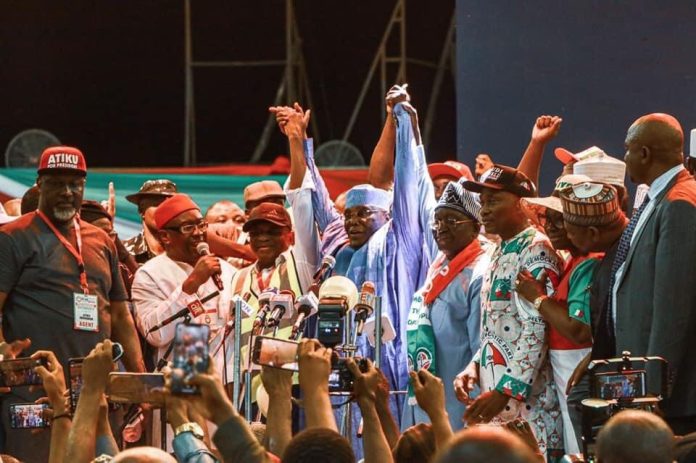 Former Vice President Atiku Abubakar has been elected as the Peoples Democratic Party’s flagbearer for the 2023 presidential election.

It will be the 75-year-old’s sixth attempt for the nation’s top job.

He was also the PDP’s candidate in the last election in 2019, which he lost to President Muhammadu Buhari.

Before voting commenced on Friday at the primary election in Abuja, Sokoto State Governor Aminu Tambuwal stepped down for Atiku, a move that strengthened the Adamawa politician’s bid for the ticket.