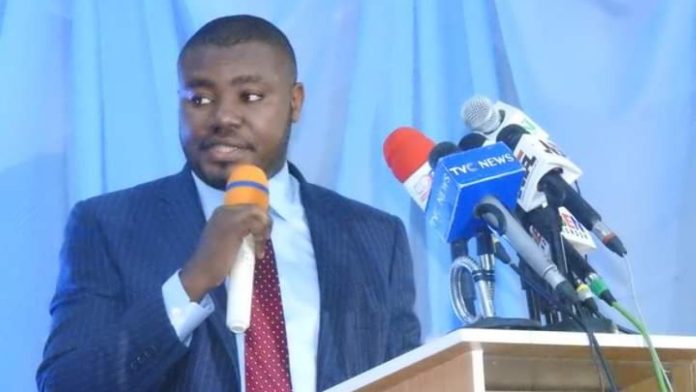 The Philip Agbese Campaign Organisation read with dismay a statement credited to Governor Samuel Ortom of Benue State wherein he described hardworking citizens as drunkards who spend their whole day consuming alcohol. The governor accused his supposed followers of heaping unverified criticism on him after getting themselves drunk.

Governor Ortom, speaking at the commissioning of Remnant Christian Network Embassy’s new edifice in Makurdi was quoted to have said “If you go round Makurdi town, our people start drinking beer from 9 am and some from there, they will go to sleep and they come back and insult the governor for not helping them to add value to their lives”.

While such unguarded utterances aren’t strange from the governor, it appears his ‘mouth diarrhea’ has gotten out of control and may require combined spiritual and medical therapy. By this action, Governor Ortom has reached the lowest of the low, attacking the same people who supposedly brought him into power.

The governor had in time past launched scathing attacks on top government officials and elder statesmen. From President Muhammadu Buhari to Minister of Special Duties and Inter-governmental Affairs, Dr George Akume , he has jumped at the slightest instance to shower insults on perceived critics – all in a bid to attract public sympathy and divert attention.

It is, however, unfortunate that some noble sons and daughters of Benue, who cheered when this intractable ailment came on him are now on the receiving end as they are now known as ” drunkards” beyond the state. It speaks volumes about what our governor represents and how he presents us before his contemporaries. As they say, betrayal never comes from your enemies.

We at the Philip Agbese Campaign Organisation totally reject this drunkard tag on our illustrious brothers and sisters. It is false, treacherous, and demeaning. May we remind the governor that Benue has produced some of the country’s most respected brains in different fields of endeavors. How come suddenly they are all drunkards for holding him accountable for his misrule in the last six years?

Perhaps still having hysteria over the N18.5 billion bailout funds, the governor should return to reality and understand that Benue people are wiser now and tired of his usual blame games. Our people have had enough of the attacks on President Buhari as well as the herdsmen and IDPs’ propaganda. They are demanding translucency. They are not drunkards. He should provide answers as to why the workers and pensioners are being owed. He should address them on why there’s untold hardship and prove that Benue is not “worst than Afghanistan” as rightly suggested by our principal Chief Philip Agbese.

Just like Agbese, a UK-trained lawyer, human rights activist, and entrepreneur, Enone natives are not drunkards. Never! The good people of Ado/Okpokwu/Ogbadibo federal constituency despite the governor’s abysmal leadership have proven to be hardworking, intellectually sound, and goal-getters.

If there’s anyone who should be labeled a drunkard, it is Ortom who may have picked up this habit during his time toiling around different motor parks, first as a tout and then taxi driver much later. He probably thinks because he is the only Benue indigene that can afford a bottle of Andre Champagne at N3,500 due to the hardship that he brought on the state, everyone else seems to be tipsy on something cheaper. But we wish to advise Ortom to take out time to reflect and stop getting drunk at ceremonies and thinking that his citizens are ‘high’.

Publicly acknowledging criticism is good news. At least, he is aware that his people, victims of his maladministration and mendacity are fed up. Even his most staunch supporters are exhausted of the excuses. They want more action and less talk.

Already known as a monumental failure and disaster, we at the Philip Agbese Campaign Organisation urge the governor to spend his remaining two years on prayers. Perhaps, through divine intervention, Benue people can forgive him.

We, however, wish to assure our people that the hour of liberation is not far again and all the rhetoric of Ortom’s failed administration will be over.