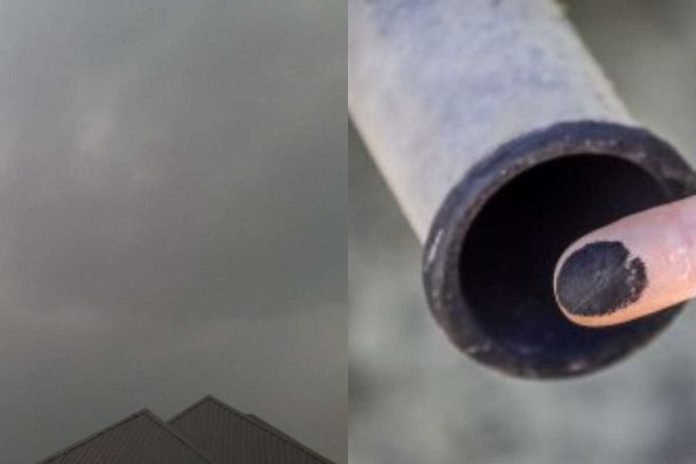 Since the appearance of the black soot in Port Harcourt Nigeria, many residents have been worried about the effects of this on their health, and also the cause behind it.

What is black soot?

Black soot can be described as a product of the incomplete combustion of fueled carbon. You see, when carbon burns all the way through, very little residue is left. When it doesn’t, it leaves behind a black, flaky substance called soot.

According to residents, they began sighting the black soot in Port Harcourt in the year 2015

Nubari, an environmental activist in Port Harcourt, Nigeria who spoke with CNN back in 2018 said about the beginning of the black soot.

“Towards the end of 2015 it started, it wasn’t this bad. People were complaining. But from between last year and this year, it has become much worse.”

Residents of Port Harcourt have reported multiple incidents of sighting black soot in the city, with many going to social media to call for immediate actions from the government under the banner of #StopTheSoot.

Though the actual cause for this occurrence still remains a mystery, though many point to the illegal destruction at refineries.

Essentially, black soot gets into the human body through ingestion, inhalation, or through the skin and eye. When in the body, soot particles can cause coronary heart disease, breathing issues, including asthma, and even cancer. Those most affected by black soot include infants, the elderly, and those with prevailing breathing conditions.

According to a research article titled: “Exposure to Heavy Metals in Soot Samples and Cancer Risk Assessment in Port Harcourt, Nigeria” by Ihesinachi A. Kalagbor; Amalo N. Dibofori-Orji; Ozioma A. Ekpete, black soot is a source of concern to residents due to the health risks it poses.

See an excerpt from the article below;

Non-carcinogenic and carcinogenic health risks of these heavy metals were evaluated using the target hazard quotient (THQ) and the incremental lifetime cancer risk (ILCR). Obtained ILCR values were within the acceptable limits for cancer risks. However, the total ILCR values for Cd and Pb for children were 3 times higher than those for adults. This is a source of concern as their prevalence in ambient air puts children and residents in Port Harcourt metropolis at risk of various types of cancers.