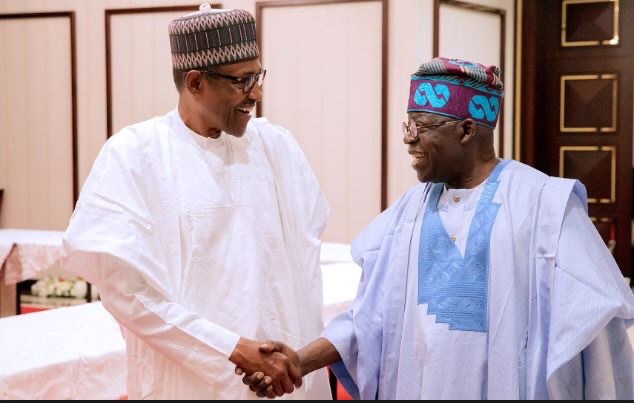 Bola Tinubu, a chieftain of the All Progressives Congress (APC), says he has informed President Muhammadu Buhari of his intention to contest the presidency in the 2023 general election.

Tinubu spoke to state house correspondents on Monday after a meeting with Buhari at the presidential villa.

The former governor of Lagos, who has been in the news in recent times over calls for him to contest, however said he is still consulting on the matter.

“I’ve informed the president of my intention but I have not informed Nigerians yet. I’m still consulting. And I have no problem consulting. I’ve not set a parameter of limitation to the extent of how many people I will consult,” he said.

“You will soon hear. All you want to hear is the categorical declaration. You’ve gotten that truth from me that I have informed Mr. President of my ambition.”

Speaking further on his ambition, Tinubu said as a democrat, nothing stops him from attempting to pursue his ambition, adding that with what he achieved in Lagos as governor, he has the capacity to rule Nigeria.

“There is nothing that stops a kingmaker from becoming the king unless he has committed murder,” he added.

On speculations that Vice-President Yemi Osinbajo may also vie for the ticket, Tinubu said he would rather not discuss any individual.

The development comes days after Abdulmumin Jibrin, a former House of Representatives member, said plans are underway for Tinubu to declare his bid to contest.

Jibrin, who is the director-general of the Bola Tinubu support group council, had described the APC chieftain as “the best option for Nigeria”.