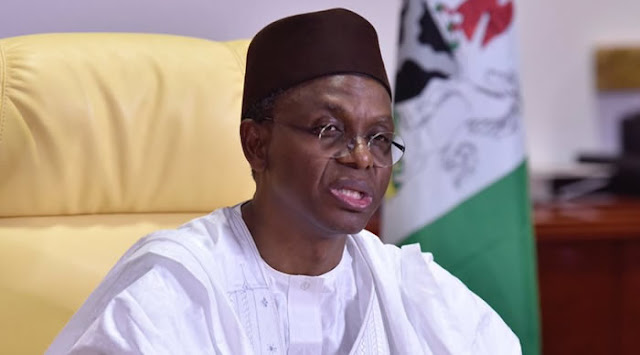 Nasir el-Rufai, governor of Kaduna state, says President Muhammadu Buhari directed him to initiate the recall of Shehu Sani, senator representing Kaduna central district, over acts of contempt and disloyalty.
The governor disclosed this in a letter dated October 2 to the the president.
In the letter, he listed the ‘compendium’ of sins committed by Sani against him, the president and the All Progressives Congress (APC).
The governor said the senator called the president’s three years tenure as a failure and also ridiculed his medical trip to London.

El-Rufai said Sani through his reckless actions made the senate deny Kaduna of $350m world Bank loan.
The letter read, “When your excellency traveled to London in April 2018 for medical consultation, Shehu Sani ridiculed it on Facebook as ‘Voyage to London, Season 3.
“In May 2018, he lamented what he said was Buhari’ s three years of failure to protect human lives.
“In the same month, he wrote that ‘Baba should protect his testicle from any man who always bends down to greet him.
“Your excellency will recall that earlier this year, you directed me to initiate processes to recall Shehu Sani from the senate to punish his repeated acts of contempt and disloyalty.
“Following your directive, our team in Kaduna studied what was being done in Kogi state regarding the recall of Dino Melaye and drew up a budget. Upon examination of the costs and loopholes in the recall process as brutally exposed in Dino Melaye’s case, and in recognition of the immense of preparations for the next elections, it was decided that it may be more prudent to oust him at the ballot.
“The party executives in his ward in Kaduna suspended him from APC in December 2015 for negative comments about your excellency. It was later extended to indefinite suspension in 2016.”
El-Rufai said it is clear that the APC does not need Sani but that the lawmaker needs the party.
He added that the senator opted to leave the ruling party for the Peoples Democratic Party (PDP) but that the arrangement suffered setback after he failed to secure APC ticket.
El-Rufai asked APC not to give a man like Sani the opportunity to misbehave again.