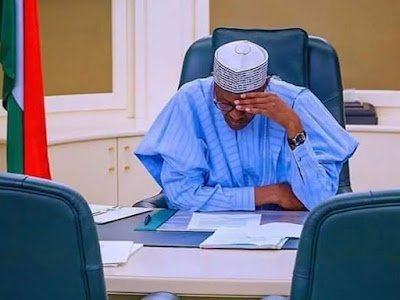 The group described the President Buhari administration as incapable of taming the deteriorating economic and political situation in the country.

National Coordinating Council (NCC) of the Obidient Movement, headed by leaders drawn from the six geopolitical zones in the country, briefed newsmen in Abuja on Monday.

Ahead of the 2023 flag-off of the presidential campaigns, the group has commenced a nationwide mobilisation.

According to the Obi Movement, Obi’s presidency will address increasing national woes ranging from an intolerable and high unemployment rate to insecurity of lives and property.

Speaking at the press briefing, former chairman of Inter-Party Advisory Council (IPAC), Dr Tanko Yanusa, said the Obi Movement is on a mission to reset Nigeria to fulfil her foundational mandate.

He said Nigeria under the Buhari government is bedeviled and buffeted by a myriad of security challenges never seen or experienced since “our independence in 1960.

“The country has indeed been confronted with diverse security threats ranging from election violence, census crises, ethnoreligious conflicts, communal clashes, militancy, and terrorism but most of these were either localised or sporadic before this administration.

“Unfortunately, what we have been witnessing since 2015 is the amalgamation and molten mix of all these crises, all happening simultaneously, unhindered and in a terrifying fashion across Nigeria.

“Nowhere is safe in the 36 States of the country with road, rail and air travels constituting a nightmare for Nigerians. The country is under the siege of terrorists, bandits and other criminal gangs holding sway over swaths of ungoverned territories from the North to the South, East, and West.

“The most disheartening of these challenges is the fact that there is a well-orchestrated plan by foreign terrorists with their sponsors to cause more havoc and entrench a chaotic atmosphere and a dangerous agenda. While the daily killings and bloodletting of Nigerians have continued unabated under the All Progressives Congress (APC) led Federal Government.

“To make matters worse, President Buhari’s Administration from all indications looks dazed, clueless and incapable of taming the deteriorating economic and political situation in the country.

“Similarly, the country’s economy is in shambles with little or no effort to turn things around. Poor fiscal and monetary policies under a largely intellectually docile Minister of Finance and a politically compromised Central Bank of Nigeria (CBN) Governor in addition to a non-existent Presidential Economic Management Team have combined to usher in the worst form of inflation, scorched-earth economic policies, free fall of the Naira and badly managed Petroleum Industry, especially the downstream sector.

“Consequently, Nigeria is occupying the unenviable position of the poverty capital of the world with poor development indicators in all spheres of the economy. The high rate of poverty has also exacerbated criminal activities and other forms of vices in society.

“Nigerian students have been kept away from institutions of higher learning as a result of long avoidable strike by the ASUU caused by the lack of education priority of the APC led Federal Government.

“What this ugly scenario shows is that APC and the Buhari administration have failed woefully in all indices and indicators of good governance. They failed miserably to deliver on the three key areas they anchored their administration on, which are to improve security, the economy and the anti-corruption fight.

“The ruling party has broken all the negative records and brought the country to its lowest point. The party has only shown a capacity for propaganda and amplifying actions and decisions that further polarised Nigerians along our faultlines. Another four or eight years under a party that has shown an absolute lack of capacity to govern would destroy this country. And we must collectively rise to stop this NOW.”

Speaking on Obi’s chances, Yanusa said, “Obi has most of the qualities of a hands-on 21st-century leader who understands the dynamics of governance both at the local, national and global levels. He represents a paradigm shift and an ideal for a new Nigeria that youths are proud to champion.

“He is a fill-in portrait of what a 21st century Nigerian President should be, beyond the vagaries of a wasteful elite built on patronage and cronyism. Obi who has had a stellar performance both in private and public office has equally picked another breath of fresh air personality in Dr Yusuf Datti-Ahmed as his Vice.

“The Obidient movement is also not limited to Nigeria as our diaspora community consisting of some of the most brilliant brains in the world are actively involved,” he said.