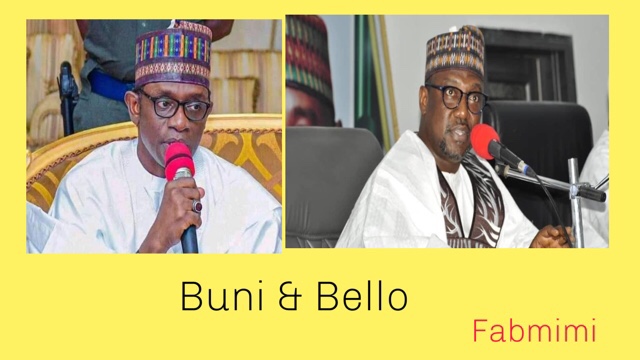 However, there has been controversy within the party over the change in leadership of the caretaker committee.

Speaking on the development, Bello said he had been in charge of the committee “for a while”, while Nasir el-Rufai, governor of Kaduna, had in an interview, said Buni had been replaced.

John Akpanudoedehe, secretary of the APC caretaker committee, has also insisted that he will remain in office until he receives a directive from Buhari requesting him to resign.

Buni’s displacement was linked to moves by the Yobe governor to scuttle plans for the party’s convention scheduled to hold on March 26, so that he could remain as chair of the party.

However, in a new twist, a letter dated February 28 requesting a leave of absence, signed by Buni and addressed to Bello, copying the CCEPC members and the Independent National Electoral Commission (INEC), emerged on Thursday.

“This is to please inform you that I will be embarking on a medical trip to the United Arab Emirates (UAE) from today, 28th February, 2022. I will resume office upon my discharge from the hospital,” the letter reads.

“In my absence, I hereby transmit the functions of my office as the National Chairman of the Caretaker/Extraordinary Convention Planning Committee (CECPC) to you.

“This is to enable the Committee to conclude all arrangements leading to the National Convention slated for March 26th, 2022 and other duties that may be required of the office.

“I invite all members to cooperate with Governor Abubakar Sani Bello, by extending to him all the support that I have enjoyed from you. Please do accept the assurances of my best regards.”

But while fielding questions from journalists after the APC CCEPC meeting on Thursday, the Niger governor denied knowledge of the letter.

In another development, INEC, in a letter dated March 9, said it could not act on a letter from the APC on its national executive council meeting scheduled for March 17.

According to the commission, “the notice for the meeting was not signed by the National Chairman and National Secretary of the CCEPC contrary to the provision of Article 1.1.3 of the Commission’s Regulations and Guidelines for Political Party Operations (2018)”.

The commission also reminded APC that it needs to give at least 21 days notice to INEC of any convention, congress, conference or meeting.