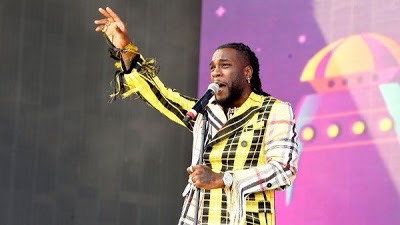 The News Agency of Nigeria (NAN) reports that the data, recently released by Apple Music, featured Artists in sub Sahara Africa whose songs were streamed via the platform.

In the heavyweight list, Burna Boy had five songs leaving the other five top slots to other artists including Davido, Wizkid, Joeboy and Rema.

Burna Boy’s songs ‘On the low’, ‘Gbona’, ‘Dangote’ and ‘Anybody’ occupied top five alongside his heavy collaboration with Zlatan ‘Killin Dem’.

The Grammy-Nominated artist has had a stellar year, leading in every musical front culminating in his 2020 Grammy nomination in the World Music category alongside Angelique Kidjo.

The list also featured Joeboy’s ‘Baby’. The young artist has been on a steady rise since the release of this song. The Empawa artist just released his new album, ‘Love and Light’.

NAN reports that Rema was another young artist that made the list with his song, ‘Dumebi’. The catchy tune garnered air play in the first half of the year and shifted same enthusiasts to streaming platforms.

Wizkid, Beyonce and Blue Ivy’s collaboration, ‘Brown Skin Girl’ was the number one motivation song for black women around the world. This showed in its streaming numbers on Apple Music.

The first, ‘Blow My Mind’ with Chris Brown and ‘One Ticket’ with Kizz Daniel. Both songs have remained fan favourite till date.