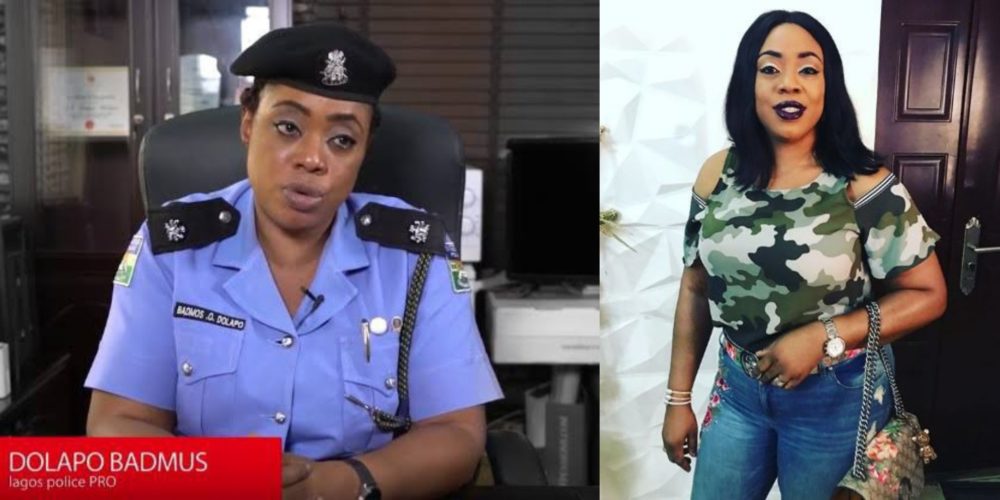 Celebrity female Police officer, Dolapo Badmos, stepped out in style wearing a camouflage-theme top, and her fans are reacting to the Instagram photo online. 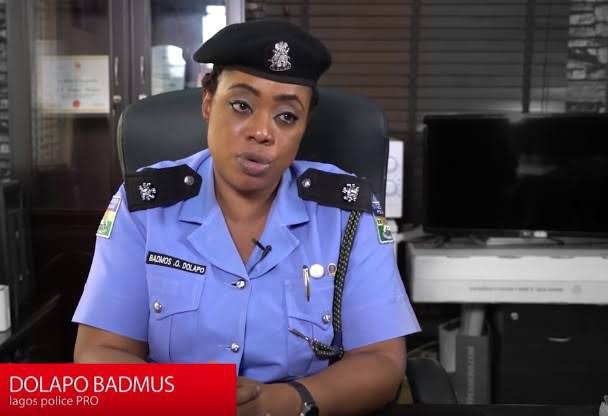 The Police Public Relations Officer of Zone 2 Command, CSP Dolapo Badmos, took to her Instagram page to share a photo of herself rocking a military camouflage inspired outfit, and captioned it; “Military Version #encorefitness.”
Just as well expected, some of her followers including recently called-to-bar lawyer, Ayo Shonaiya, quickly asked her if the Army could harrass her if they spot her wearing the outfit in the street. 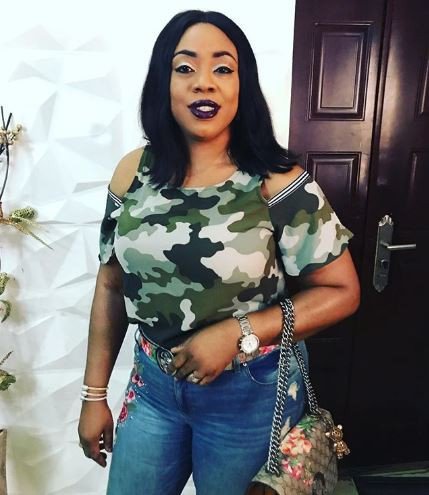 The fair-skinned and charming female police officer, reacted to the question and said that it is not possible that she could be harrassed by military officials if they see her wearing the outfit.
Below are her reactions to the questions we culled from Instagram; 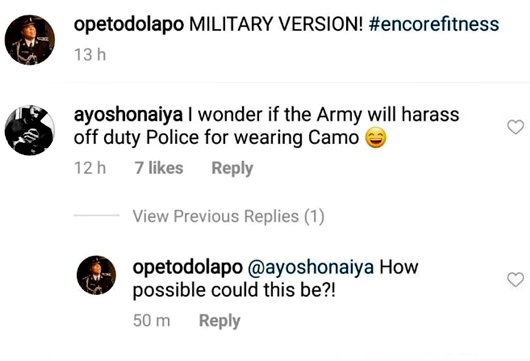 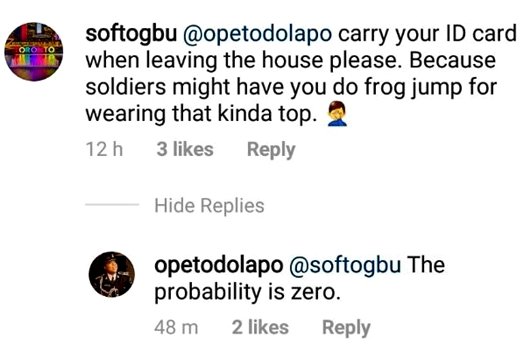