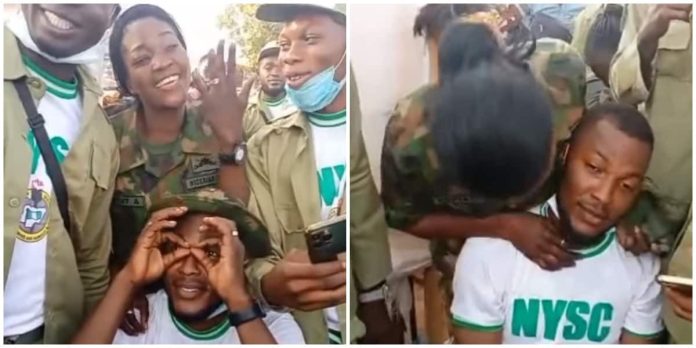 The Chief of Army Staff, Lt.-Gen. Faruk Yahaya, has ordered the immediate release of a female soldier, Pte. Hannah Sofiat, who was detained for accepting a marriage proposal from a male corps member at the National Youth Service Corps Orientation Camp in Yikpata, Kwara few weeks ago.

Sources in the Nigerian Army said the Army Chief called for her release in the spirit of Christmas.

Sofiat had earlier been detained for violating military rules and regulations by getting involved in a public display of an amorous relationship with a paramilitary trainee, a corps member. She was detained after video clips where she was seen accepting a marriage proposal from a male corps member at the NYSC orientation camp in Kwara, which went viral on social media.

Several groups and individuals had called on the Nigerian Army to release the female soldier.