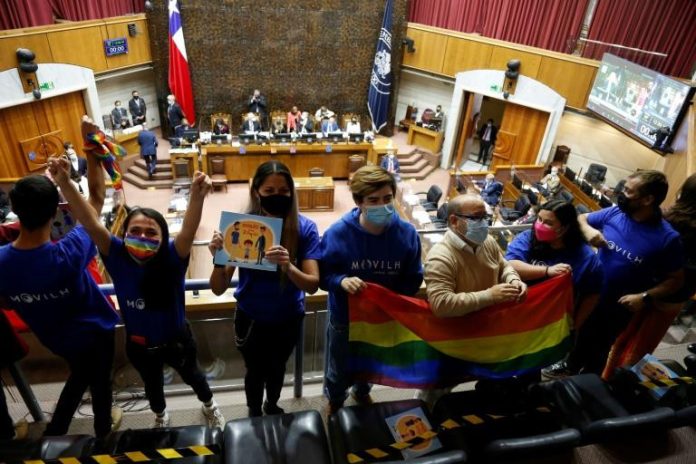 The bill was supported by President Sebastián Piñera, who has to sign it into law. But it has been criticised by members of his conservative coalition.

The initiative was approved first by the Senate on a 21-8 vote, with three abstentions, and shortly afterward by the Chamber of Deputies with 82 votes in favor, 20 against and two abstentions. After the vote in the chamber, several deputies hugged, including some from opposing parties.

The measure now goes to President Sebastián Piñera, who supported the bill, and will enter into force 90 days after its publication in the official gazette.

Senators initially approved the marriage equality measure July 21 and deputies did so Nov. 23, but modifications introduced by the deputies required a joint committee of both houses to resolve their differences.

Chile joins a handful of Latin American countries to recognise marriage between same-sex couples. Others include Argentina, Brazil, Colombia, Costa Rica, Uruguay, and 18 states in Mexico and Mexico City.