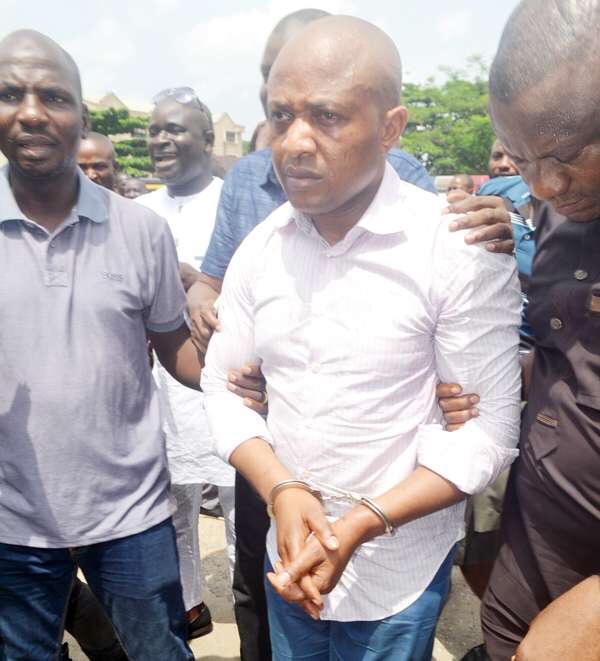 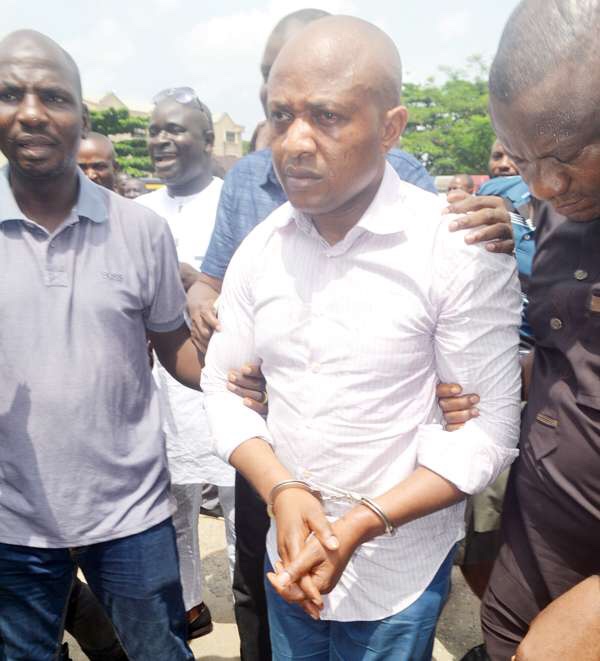 Justice Oluwatoyin Taiwo sentenced Udeme for selling firearms to Evans after he pleaded guilty to the charge.

The judge ordered that the sentence would take effect from the day he was remanded in custody.

“In view of the guilty plea of the third defendant, I hereby find the defendant guilty as charged.

“The defendant is hereby sentenced to five years imprisonment. However, the sentence will take effect from the day the defendant has been in detention which is July 6, 2017,” she held.

Earlier, the counsel to the third defendant, Mr A. B. Josiah, had notified the court about the defendant’s change of plea.

NAN reports that the charge was re-read to the defendant and he pleaded guilty to counts six and seven.

Dr Babatunde Martins, the Director of Directorate of Public Prosecution, told the court that the third defendant admitted to have sold two AK47 and 270 AK47 live ammunition to Evans.

Martins said Udeme, who hailed from Itan-kotoromu in Ika Local Government of Akwa-Ibom, made a statement on July 7,2017 admitting to the offence.

The prosecutor said: “He admitted to have met the first defendant and sold two AK47 and 270 AK47 live ammunition to him.

“In his statement, he said he got the weapons from his community.

“According to him, the weapons were given to him by his community to fight inter- communal crisis.

“Evans sent his driver, Emeka to retrieve the ammunition from him. In his statement he wrote and I quote ‘ I sold the ammunition to Evans for N400,000 but he only paid me N200,000. Ever since, I have not seen him’,”

Martins said the defendant’s statement had been admitted into evidence, adding that the offence contravened Section 9(2) of the Firearms Act and punishable under Section 27(b) (iii) of the same Act.

“In view of this fact, we urge the honourable court to convict the defendant accordingly,” he said.

However, Josiah in his allocutus, pleaded with the court to temper justice with mercy, noting that the defendant had no prior criminal record.

“My lord, I pray the court to temper justice with mercy, looking at the plea of the defendant which will save the court a lot of stress.

“I also want the court to take into consideration the fact that the defendant has been in detention since July 6, 2017 which is almost the length of his sentence if found guilty.

“I urge my Lord to temper justice with mercy and give the defendant a lenient sentence.

“This is his first offence and he has no previous criminal record,” he said.

NAN reports that Evans, Frank Udeme, Joseph Ikenna and Chiemeka Arinze were arraigned on a seven-count charge of murder, attempted murder, conspiracy to kidnap and selling of firearms.

They were alleged to have attempted to kidnap Chief Vincent Obianodo, Chairman of the Young Shall Grow Motors on Aug. 27, 2013.

It was also reported that one of the defendants, Arinze passed away on Nov. 26, 2021 as a result of cardiopulmonary arrest caused by Acquired Immunodeficiency Syndrome (AIDS).

Taiwo adjourned the case until March 28 for the continuation of trial of the remaining two defendants.