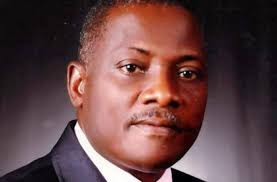 Justice Olusola Williams of an Ikeja High court Wednesday struck out the fraud case instituted by the EFCC against Innoson Motors and Innocent Chukwuma the CEO of Innoson motors due to the inability of the prosecution to produce him in court for arraignment.
In her ruling, Justice Williams said, ” the prosecution is well aware that it is the duty to produce a defendant in court, this court is not inclined to continue to waste the tax of Lagos tax payers. This court cannot continue to waste precious time calling a case that is going nowhere.”
“It is a criminal matter that can be instituted anytime. I advice that the prosecution gets its act together before coming to court. I am inclined to strike out this case and I so do. ”
However, the prosecuting counsel, Zainab Ettu had earlier informed the court that they have been able to effect the arrest of the 2nd defendant in order to physically serve him accusing that he has been hiding from operatives to carry out the arrest on him.
“I think at this stage while we still pursue the arrest of the defendant, I think it behooves on the defence counsel being ministers at the temple of justice to carry out their duty to the court to ensure that they produce their client in court because they took brief from him and they can tell when who briefed them can be in court. ”
“They filed multiple applications but they cannot produce their client in court. We ask for an adjournment to produce the 2nd defendant in court, no matter what he cannot be above the law. We already have his warrant of arrest when the case was before Justice Moji Dada. ”
In response to the prosecution and at the same time moving his motion, Counsel to the first defendant Joseph Mbaduga said, ” all the defendants in this matter are being charged at the Federal High Court in Ikoyi in charge number FHC/L/565C/2015 in respect of the same subject matter and transactions in this particular charge and it is being prosecuted by the AGF. ”
“The charge is still pending and some facts in the case have been forwarded to the Supreme Court, while it is pending, the EFCC commenced this charge and never served any of the parties but we saw a media publication that the EFCC had filed a charge in respect of the matter at a Lagos High court.
“Going by this, we are raising a preliminary objection dated 15th of January and filed on the same date as being an abuse of court processes and that the charge has not been served. And going by the norm as laid by the appellate court that it is the duty of the prosecution to produce the defendant in court and until then the court cannot exercise any jurisdiction over the defendant and the court cannot compel counsels to produce the defendants. ”
However, prosecution held that ” for any application to be treated on behalf of a defendant, he should be present in court, they can then decide if they want to raise an objection before he takes his plea or after. ”
“A fugitive cannot be asking for reliefs from a court he has not submitted to. He is very much aware of the court proceedings but refuses to submit himself to court and instead engages counsels to represent him. ”
“Although it is not the duty of the defence counsel to produce the defendant in court, it is highly unethical and unprofessional for them not to advise their clients properly to appear in court for justice to be done properly. ”
Innocent Chukwuma and his company Innoson were first brought before Justice Mojisola Dada of an Ikeja special offences court January 17 and had not appeared before the court in all the adjourned dates since then until the case was transferred from Justice Mojisola Dada in June after Innoson counsel wrote a petition in February against her asking her to disqualify herself from the case and it was transferred to the then vacation Judge sitting at Ikeja Justice Olushola Williams during the break in July.
Mr Chukwuma and his company, Innoson Motors Nigeria Ltd., were to be arraigned on a four-count charge of conspiracy to obtain property by false pretences, stealing and forgery in a transaction with Guaranty Trust Bank (GTB).
According to the charge, the defendants committed the offences between 2009 and July 2011 in Lagos.The EFCC alleged that the defendants with intent to defraud, conspired to obtain by false pretences containers of motorcycle, spare parts and raw materials, property of GTB from Mitsui OSK Lines Ltd, Apapa, Lagos.
They are said to have fraudulently induced staff of Mitsui OSK and Maersk Line to deliver to them via their clearing agents the goods which were imported from China in the name of GTB by falsely pretending that they were authorized by the bank to clear the goods.
The prosecution claimed that the defendants in order to facilitate the fraud forged a bill of lading numbered 598286020 of Maersk Line Limited and 11007950841 of Mutsui O.S.K Lines by knowingly putting a false GTB stamp and signature of the bank staff.
The alleged forgery was in order that the forged documents be used or acted upon as genuine to the prejudice of any person within Lagos or elsewhere.
The offences contravened Sections 1(1)(b), 1(3), and 8(a) of the Advanced Fee Fraud and Other Related Offences Act 2016 and Sections 309(9), 388, 465 and 467(1)(j) of the Criminal Code, Laws of Lagos State 2003.