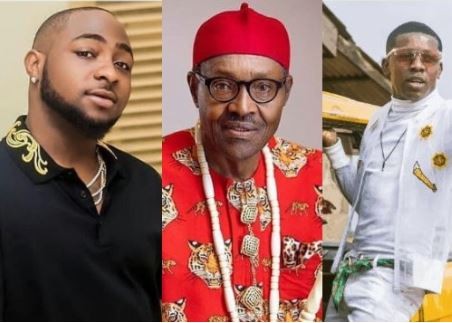 Davido thinks Small Doctor has become a legend for the comments he made during his performance at the APC presidential primary.
Nigerian singer, Small Doctor was among the musicians who performed at the APC presidential primary which was held in Abuja on Saturday, October 6, 2018.While performing his smash hit song ‘Penalty’, Small Doctor inserted President Buhari’s name into the lyrics and said, ‘Buhari, Ye ma sun’ which in English translates to ‘President Buhari, stop sleeping’.
The part of the performance has since been receiving mixed reactions on social media with several people applauding Small Doctor for his brave feat including Davido.
Davido took to his Twitter page to hail Small Doctor’s courage. “Your a legend @iam_smalldoctor    .. ye ma sun!!” he tweeted.