Seriake Dickson, governor of Bayelsa state, led four governors elected on the platform of the opposition Peoples Democratic Party (PDP) to a meeting with President Muhammadu Buhari at the presidential villa in Abuja on Tuesday.
Dickson is the chairman of the south-south PDP governors’ forum.
The governors who attended the meeting with Buhari are Udom Emmanuel (Akwa Ibom), Ifeanyi Okowa (Delta) and Nyesom Wike (Rivers).
Speaking to state house correspondents after the meeting which started at 2:50pm, Dickson said discussion centered on issues concerning the south south region.

“My colleagues and I came to have audience with the president to discuss issues pertinent to our country and pertinent to our respective states,” he said.
“We had a robust and fruitful discussion with the president and he promised to look into it in anyway possible.”
Asked to disclose the things said, the Bayelsa governor responded: “We don’t want to go into those details.” 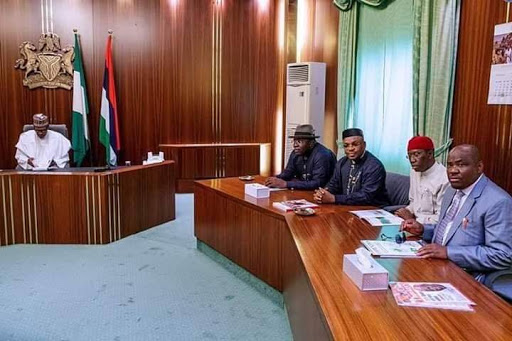 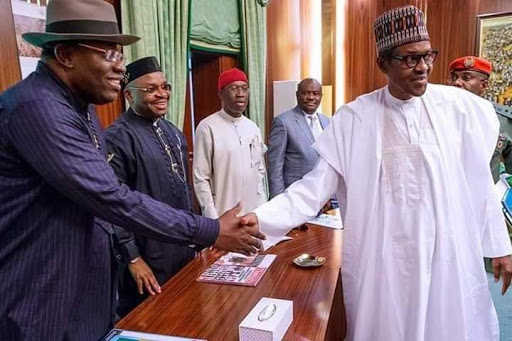 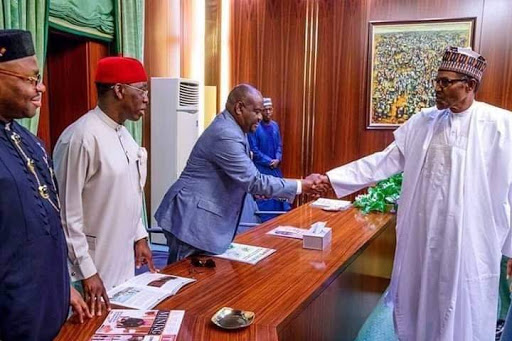