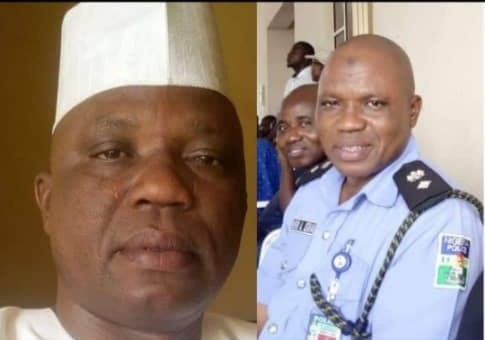 The Divisional Police Officer (DPO) of Fugar Division in Etsako Central local government area of Edo state, identified as Ibrahim Ishaq has been reported kidnapped near Ise river along the Auchi – Ekperi-Agenebode road.

According to reports, Ishaq was traveling with his orderly on Friday evening, November 26, when they were attacked by the kidnappers.

A source close to the police said the kidnappers are demanding an N50 million ransom for his release.

“He was coming from Agenebode to Fugar and he passed through Ekperi Road and they were attacked. He was kidnapped but his orderly escaped and the kidnappers have made contact this morning and they are demanding N50m. The incident happened around 6;30 pm on Friday.”the source said

The state police command is yet to comment on this development. Meanwhile, the state Commissioner of Police, Philip Ogbadu has ordered immediate deployment of men of the Anti-Kidnapping and Cyber Crime unit, men of the Tactical and Strike teams of the state Police Command to move to the area to rescue the DPO unhurt as vigilante groups had already entered the bushes to rescue the officer.