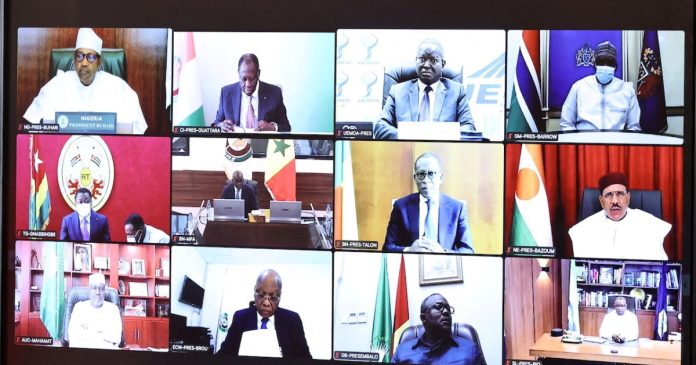 The Economic Community of West African States (ECOWAS) has suspended Burkina Faso in the aftermath of a military coup, making it the third member nation to be punished for a military takeover in only 18 months.

The soldiers also went on state television to announce a military takeover of the country, which they said was under siege from armed groups.

The military rulers said Kabore failed to stem the violence that has killed thousands during his time in power.

A delegation of ECOWAS defense chiefs will travel to Burkina Faso’s capital Ouagadougou on Saturday, January 29, followed by a ministerial mission a few days later, the statement said. Heads of ECOWAS member states will reconvene for another summit in Ghana’s capital Accra on Feb. 3 to discuss the findings of the two delegations.

ECOWAS and its international allies have condemned the coup in Burkina Faso, which they fear could further destabilize a country beset by Islamist violence, but find themselves with limited leverage.

The West African leaders met virtually yesterday to discuss the Burkina Faso coup, and a delegation was expected to travel to the Burkinabe capital, Ouagadougou, in the coming days.

Ghanaian president, Nana Addo Dankwa Akufo-Addo, the current ECOWAS chairman, described the recent spate of coups in West Africa as “a direct violation of our democratic tenets. “The rest of the world is looking up to us to be firm on this matter,” he said.

The bloc could still choose to sanction Burkina Faso when members reconvene next week.