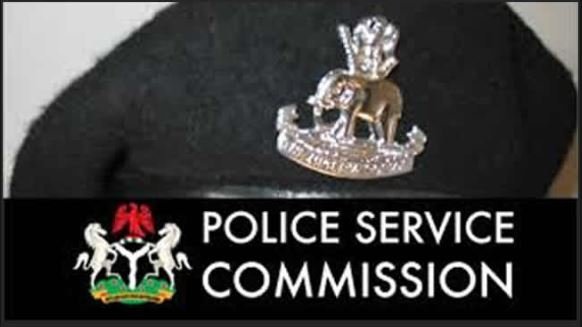 Some former workers of the Police Service Commission have asked a National Industrial Court sitting in Abuja to jail the Chairman of the commission, a former Inspector General of Police, Musilu Smith, for disregarding the order of the court on the payment of their entitlements.

10 out of the 43 ex-workers had in 2014 gone to the court to seek an order to declare their termination as null and void as well as direct the commission and its chairman to reinstate and integrate their names into the Integrated Personnel Payroll Information System and pay them all their outstanding salaries and allowances due to them.

The complaints claimed before the court that they were employed by the commission in 2013 but were not paid their salaries and allowances until the unlawful termination of their appointment.

In the judgment delivered by Justice E.D Isele the court held that the 43 employees had been duly employed according to statutes and were entitled to be paid.

On June 20, 2022, Justice Sanusi Kado of the National Industrial Court in Abuja after considering the originating summons by the complaints also declared that the termination of the employment of the claimants by the defendants was done without due compliance with the extant provisions of the law regulating the claimants’ employment.Related News

Kado, however, directed the defendants to comply with the court order forthwith or be held guilty of contempt.

But in an application filed by the complaints on Wednesday asked the court to jail the defendants for not obeying the court order.

The application with the suit no: NICN/ABJ/ 199/2017 was titled, ” Notice to show cause why order of your committal to prison should not be made”

It partly, “Take notice that this Court shall be moved to order for your committal to prison for having neglected to obey and willfully flouting the orders made on March 12, 2018, by Hon. Justice Sanusi Kado mandating you to set aside the termination of the Judgment Creditors, informed that you have failed to comply with the judgment of the court.

“And further take notice that you are hereby required to attend the court on the first-mentioned day to show cause why an order for your committal should not be made.”