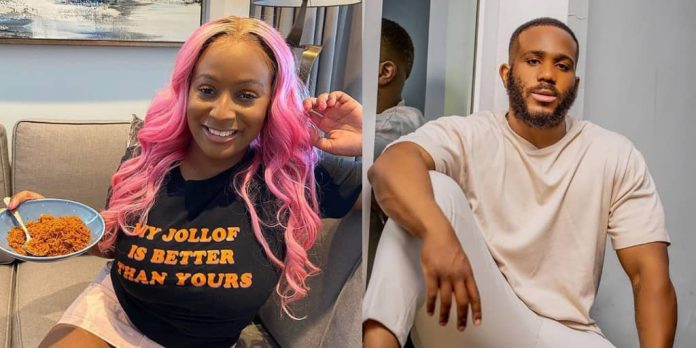 Billionaire daughter and disc jockey, DJ Cuppy has disclosed that her fallout with reality TV star, Kiddwaya was not an easy experience was for her.

DJ Cuppy-born Florence Ifeoluwa Otedola made this known during an interview with Pretty Little thing podcast Wednesday. She described her friendship with the former Big Brother Naija housemate as a good one and referred to him as a superstar.

Speaking on this, the 29-year-old said:

“I don’t really know how else to explain that. When you and your friend fall out, it’s not nice. It was difficult but Kid is a great guy. He’s a superstar. There were some funny moments on the show.”