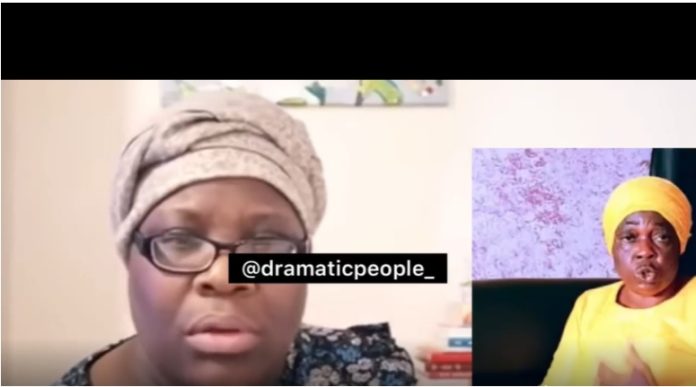 Sister Kate had repeatedly claimed to have witnessed rapture over 40 times and has shared some of the things that can ‘hinder people from making heaven.’ Some of them include tying wrappers while baring the upper part of the body, wearing lipstick, weavon, trouser, flowery clothes, shoes with shiny objects, jewelries, clothes that exposes some parts of the body, and many others.

A member of the church who has now countered the claim, accused Sister Kate of not backing up her revelation with the scripture. Describing Sister Kate as “annoying”, she also asked if the Jesus she claimed she saw is the one seen in posters in Africa.

The Deeper Life member went on to ask the female preacher to “shut up”.

Watch the video below…