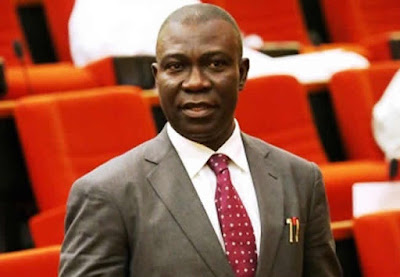 On Friday, a Federal High Court in Abuja issued an interim forfeiture order for 40 landed properties belonging to the embattled former Deputy Senate President, Ike Ekweremadu, who is currently in custody in the United Kingdom.
The order includes ten of Ekweremadu’s properties in Enugu, three in the United States of America (USA), two in the United Kingdom (UK), one in Lagos, nine in Dubai, and fifteen in the Federal Capital Territory.
Following an ex-parte motion filed and moved by Ibrahim Buba on behalf of the Economic and Financial Crimes Commission, the trial Judge, Justice Inyang Ekwo, issued the order (EFCC).

In ruling on the motion, the Judge directed the EFCC to publish the interim forfeiture order for the properties in a national daily within seven days of its issuance.
Justice Ekwo adjourned the case until December 5, 2022, for a report on public objections to the properties.Ekweremadu and his wife are facing charges of organ harvesting in the United Kingdom.