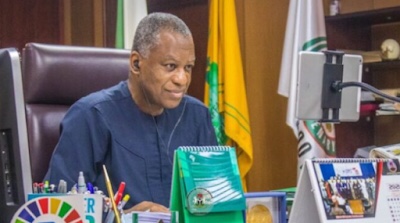 Geoffrey Onyeama, minister of foreign affairs, says the federal government is working on arranging a special flight to evacuate Nigerians currently in Ukraine.

Earlier on Thursday, there were reports of explosions around Kharkiv — a city with a population of roughly 1.4 million near the eastern border and approximately 300 miles from the capital city of Kyiv, Ukraine.

The attack came after weeks of speculation about a possible attack on Ukraine by Russia amid growing tension over Ukraine’s attempt to join NATO.

The attack has elicited condemnation from the international community, but Vladimir Putin, Russia’s president, says there will be “severe consequences” if foreign powers interfere.

Speaking on the development, Onyeama said the federal government will arrange a special flight operation for Nigerians who are willing to be evacuated from Ukraine.

The minister was said to have disclosed this in an interview with the Nigerian Television Authority (NTA).

According to NTA, Onyeama said “the Nigerian embassy in Kiev has been contacted to arrange those wishing to the return home from other areas including Donestk and Luhensk”.

He also said the federal government has been following the development since it started, and promised that everything would be done to ensure that Nigerians, especially students in Ukraine, are safe.

Meanwhile, the Nigerian embassy in Ukraine has urged Nigerians living Ukraine to stay calm and take steps to ensure their personal protection.