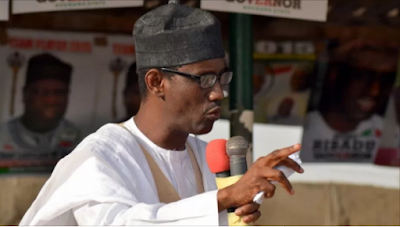 Nuhu Ribadu, former chairman of the Economic and Financial Crimes Commission (EFCC), says the Fulani are not benefiting from Nigeria in any way.
Ribadu said the Fulani think President Muhammadu Buhari has “abandoned” them and are angry with him.
According to The Nation, he made the statement on Monday while speaking at a conflict resolution summit on the farmers/herders crisis.
Ribadu said the country must be able to address the problem squarely, adding that nomadic lifestyle is not peculiar to Nigeria.
“We forget that people who are landless will continue to be a problem and part of the problem we are facing today is these people fighting to say we are part of this country. They want a place of their own where they will be taken care of, but there is resistance. That is why you see what is going on in Zamfara, Birnin Gwari and most of the places,” he said.
“The Fulani in the town who claim to be part of them, or even their traditional rulers who claim to be their leaders, don’t understand what they are going through. They are people who are completely out of everything.
“You can hardly see any nomadic Fulani man that is part of state assembly or the national assembly and they form about 15 to 20 million of the population and they are marginalised. They are not in any way benefiting from what is happening in the country today.”
Ribadu added that Nigeria has not made any effort to integrate the Fulani into the country, apart from the nomadic education programme that had been put in place.
He also said: “People have continued to misunderstand what is going on. President Buhari has nothing to do with what is going on.
“In fact, the Fulani are even angry with him because they think he has abandoned them. They think he is listening to the others and that he gives audience to the people from Benue, Plateau and never gave them audience.”