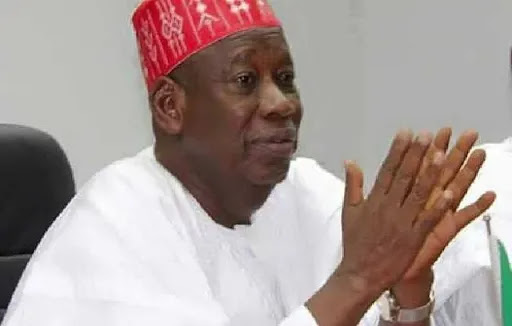 A Coalition of Civil Society Organizations of Nigeria ,CCSON, has reacted to the viral video of Kano State Governor, Abdullahi Ganduje, allegedly receiving bribe amounting to $5million from contractors in the state.The group in a statement signed by the Director of Programmes, Mr. Pat Anyanwu, and made available to newsmen in Umuahia, the Abia state capital, asked Ganduje to resign immediately from office and clear himself of the corruption allegations.It threatened to embark on a one-million march in Kano and Abuja to compel the governor to step aside.The group noted that the $5million bribe was too embarrassing to be swept under the carpet by the federal government.But Governor Ganduje, in a statement on Sunday, insisted that the clips were “cloned”.The Coalition urged President Muhammadu Buhari to wade into the matter now due to its consequences on his second term ambition.The statement reads that, ” The so-called anti-corruption crusade of President Muhammadu Buhari and the travel ban on corrupt persons will not make meaning if Governor Ganduje is spared.“There is nothing like cloning in the video and Ganduje has to prove the cloning theory”.