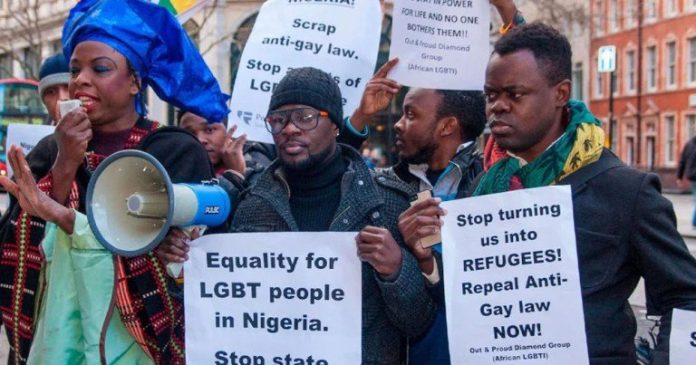 A couple of months ago, three gay men were sentenced to death by stoning after they were nabbed having an affair in Bauchi, a Northern state in Nigeria.
The men, who were tried by an Islamic sharia court in Bauchi, Nigeria on June 30, have been sentenced to be executed by stoning – the most severe penalty applicable to the crime of homosexuality under the fundamentalist law.

The verdict was announced by the leader of the Hisbah religious police force, Adam Dan Kafi, on Friday, July 1, after all three men confessed. However, none of those convicted had any legal representation in the court that found them guilty.

Although the men have already been charged and sentenced by the sharia court, the death penalty verdict is yet to be approved by the state governor.

While same-sex relationships between men are punishable by up to 14 years under national law, 12 predominantly Muslim states in the North of the country abide by sharia courts that have more severe penalties.

LGBTQ+ activists fear that this ruling may lead to an increase in homophobia in the country which already sees a lot of hostility towards LGBTQ+ people.

According to a report by the Thomson Reuters Foundation, William Rashidi, director of LGBTQ+ rights group Equality Triangle said, “This sentencing opens the door for more draconian judgments against LGBTQ persons. It’s a call for violence.”

He continued, “With this judgment, the times have been rolled back. (It) affects the very essence of freedom of expression and association. People have been given some sort of rights to attack, maim and violate LGBTQ+ persons.”