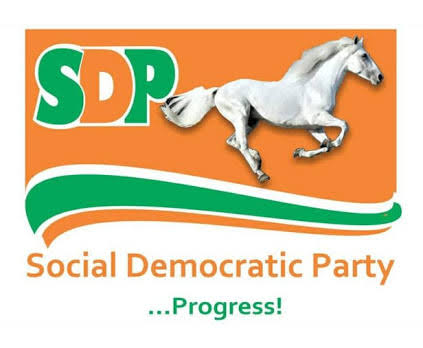 Former National Chairman of the Peoples Democratic Party (PDP) and Senator representing Benue North-East, Senator Barnabas Gemade and onetimemilitary administrator of Katsina State, Chief Joseph Akaagerger are at each other’s jugular over the outcome of the just-concluded primaries of the Social Democratic Party (SDP) in the state.Akaagerger, who represented the zone between 2007 and 2011 in the Senate, hails from Konshisha Local Government Area of the state together with Gemade, who recently defected from the PDP to the SDP to retain his seat after he accused Governor Samuel Ortom and other chieftains of the party of short-changing him in the 60:40 sharing formula.But the two brothers, jostling for the same seat, were at daggers drawn since the party’s primaries which would have produced a flag bearer for the Senate position were held last Saturday in the area.While Akaagerger accused Gemade of allegedly sponsoring snatching of electoral materials, he had also called for the cancellation of both the national and state assembly primary election in parts of the constituency over reported irregularities.But Gemade in a swift response described his younger brother’s utterances as “a pedestrian way of lying.”The former military administrator, at a news briefing in Makurdi yesterday alleged that the entire exercise was shrouded in malpractice as snatching of electoral materials by hired thugs, violence, vote-buying, among others, were the order of the day.He also alleged that all returning officers posted to the seven local government areas in Benue North-East district including Katsina Ala, Kwande, Konshisha, vandeikya, Ukum, Logo and Ushongo, consisting of 84 wards after collection of election materials all left to Gemade’s house in Gboko and handed over the result sheets to him.“Election results are possibly coming out from that house. In Benue North-West, in some local governments, where elections never held, results were recorded in favour of candidates loyal to Gemade.“Consequently, we pray for immediate cancellation of the purported primary conducted on September 29, 2018 because they are a charade and a sham.”But speaking with journalists in his Makurdi yesterday, Gemade said the allegations were nothing but falsehood and should not be taken seriously.“That is very far from the truth and it’s a pedestrian way of lying. That statement is a big lie and it’s nothing but lies. I do not understand why Akaagerger continues to be a loud trouble maker.“The SDP primaries were successfully done in five local government areas without any hitch whatsoever and in two local governments, it did not take place out of his (Akaagerger’s) action. In Konshisha Local Government, where election did not take place at all, he was there personally with four of his boys all slinging gowns and they held the electoral officer that went there hostage with the electoral materials till today and prevented him from distributing the materials to the wards where election was to hold.”Gemade described Akaagerger as a desperate politician who does not want to accept defeat in all elections he had contested against him (Gemade).