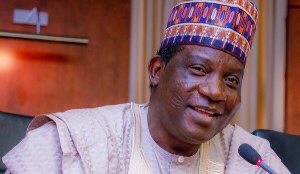 Lalong was returned unopposed in the primary election held at the district zonal headquarters in Shendam Local Government Area of the state.

The Returning Officer, Titi Oseni, said the governor got 335 votes while five votes were voided.

In a statement issued by his media aide, Dr. Makut Macham, the governor thanked the APC members in the zone for giving him their mandate, saying he would not disappoint them.

Lalong said he would use his experience as a former speaker of the State House of Assembly, governor and lawyer, to attract development opportunities to the zone and the state.