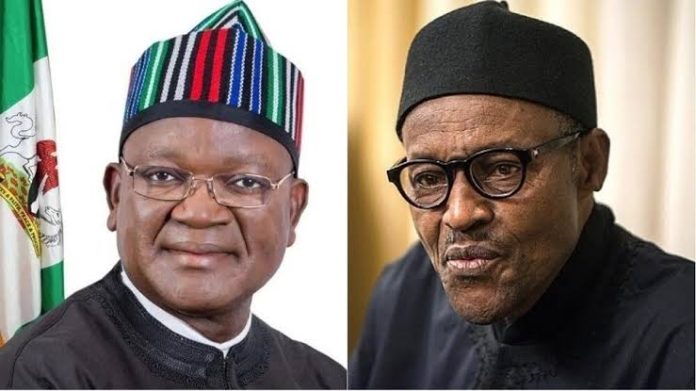 Governor Ortom of Benue thrashed the Buhari regime. While addressing journalists, Governor Ortom said he was not impressed that Buhari is so interested in arresting Nnamdi Kanu and Sunday Igboho while Benue State is on fire.

According to Ortom, 1,700 people and over 100 security forces had been killed in Benue State by armed Fulani militia with no arrests made, but the President was only interested in arresting separatist leaders, Kanu and Igboho

Ortom also said he believes that the Buhari regime has been hijacked by a cabal because there is no fairness and justice in the Buhari regime that is going after Kanu and Igboho but turning a blind eye to the Fulani militia killing people in Benue.