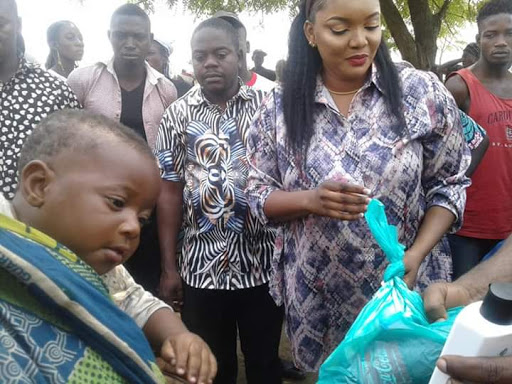 Mrs. Sewuese Terna Iorshe, daughter to Governor Samuel Ortom and the Managing Director, GAL Unconventional Resources Limited, Nigeria based in Abuja today distributed body lotion, robb original ointment, soft drinks and biscuits to the Internally Displaced Persons, IDPs camp, Abagena.
According to Mrs Iorshe she was inspired by God to visit the IDPs  Camp at the Yuletide season.
She added that  GAL was an acronym from the names of her three children and she is the producer and major marketer of the product which she said will soon circulate all over the country.
Performing the distribution to over 100 women, supported by her husband, Mrs. Sewuese Terna said the items donated were part of her little gesture to the IDPs, saying that the items would immensely help the women and children especially in the harmattan period.
She said the body lotion has medical importance as it treats Dry Skin, Eczema, Ring Worm, Body rashes, Acne, Dark Spot, Reduces inflamation as well as fight infections.
While wishing them Merry Christmas, she prayed God to put a halt to the killings so that by next year she would be visiting the IDPs in their various ancestral homes. 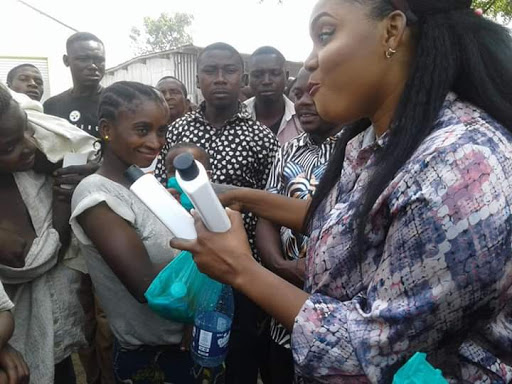 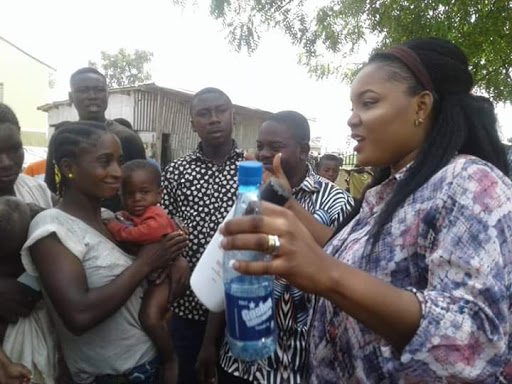 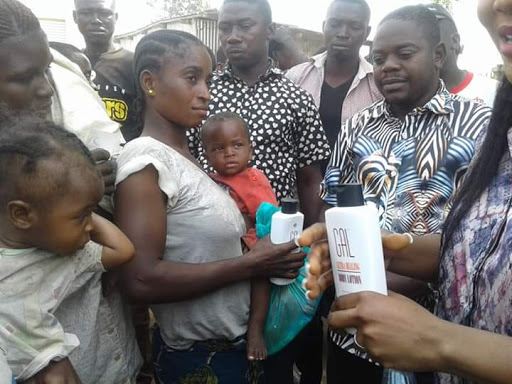 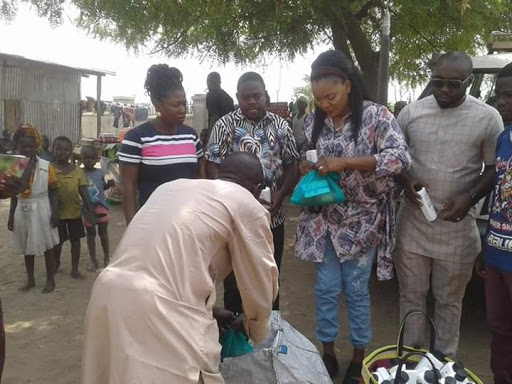 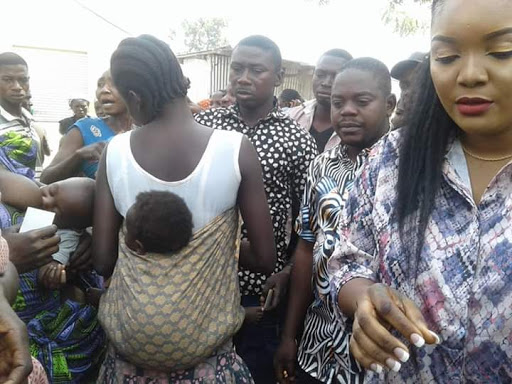 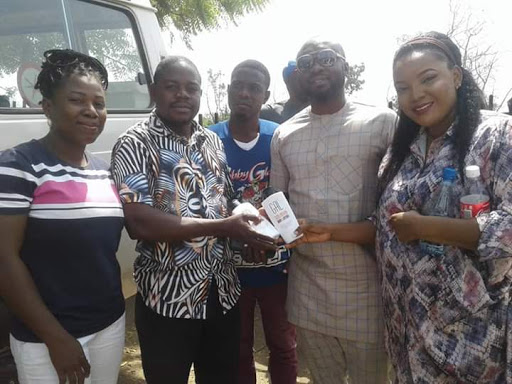