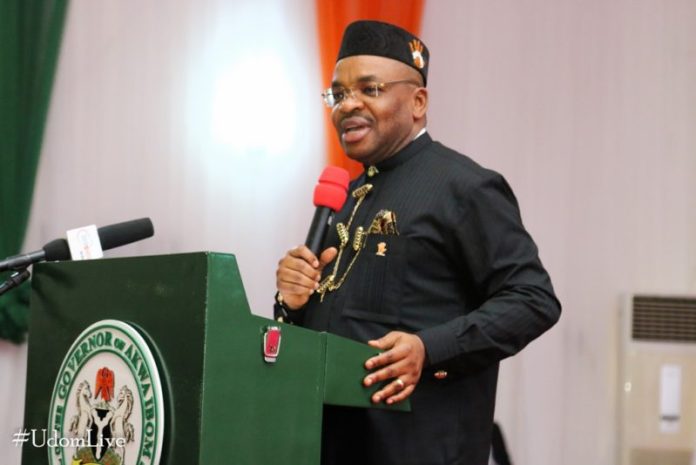 Akwa Ibom State Governor, Emmanuel Udom, has announced Key officers of the Presidential Campaign Council to coordinate his Presidential Project.
The development was contained in a statement signed by the Protem Director of External Communications, Ini Ememobong.

The statement reads in part “Arising from the urgent need to coordinate the pre-nomination processes for the Udom Emmanuel Presidential Project , the following people have been appointed to some critical offices, they are”:
HE Sen.Dr. Gabriel Suswam -Chairman, Campaign Council
HE Col. Habibu Shuaibu (Rtd). -Director General
Bola Bolawole- Campaign Spokesperson
Sen. Suswam is a former Governor of Benue State, Former Member of the House of Representatives and a Serving Senator of the Federal Republic of Nigeria.
Col. Shuaibu (Rtd) is a former Governor of Plateau and Niger states and a former Chief of Staff to General Ibrahim Babangida.
He is a founding member of the Peoples Democratic Party and was a Governorship Aspirant in Kano state in 2011.

Bola Bolawole holds a Masters degree in Political Science from the University of Ibadan and worked in Punch newspapers as an Editor, Chairman of the Editorial Board and Deputy Editor-in -Chief.
He has 37 unbroken years of stellar journalism practice.
The campaign organization expects the full deployment of the huge capacity, contacts and expertise of the appointees to the attainment of success.