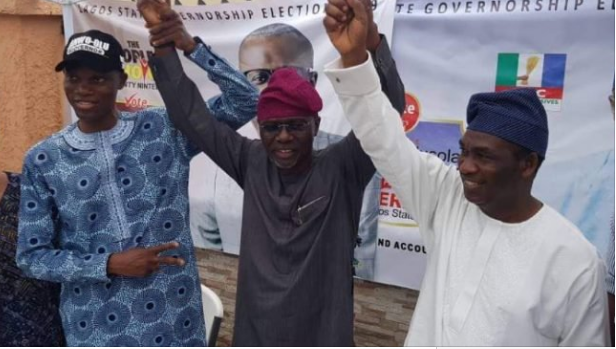 Obafemi Hamzat has withdrawn from the Lagos state governorship race.
Hamzat was a governorship aspirant on the platform of the All Progressives Congress (APC).
While announcing his withdrawal during a press conference on Saturday, Hamzat directed his supporters to vote for Babajide Sanwo-Olu at the party’s primary on Sunday.
He said he is stepping down for Sanwo-Olu because he can vouch for his personal integrity and intelligence.

“I’ve resolved to step down and source resources together with my brother and friend, Babajide Sanwo-Olu. So, all my supporters are hereby directed to vote tomorrow for Mr. Sanwo-Olu to emerge as the governorship candidate of the APC in Lagos,” he said.
“Apart from the fact that I can vouch for his personal integrity and intelligence, Mr. Sanwo-Olu is someone I’ve had close interaction with over the years.
“We are both fortunate to have worked closely with the present vice-president, Professor Yemi Osinbajo, getting the wise counsel of those I consider to be political fathers and mothers.”
Sanwo-Olu is seen as the major challenger of Akinwunmi Ambode, the incumbent governor of the state.
A former banker, he is believed to have the backing of Mandate Movement, a group loyal to Bola Tinubu, chieftain of the APC.