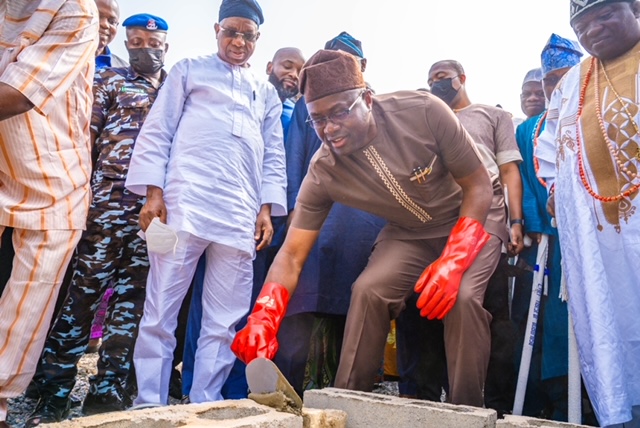 The Oyo government has entered into an agreement with Elektron Energy to develop a hybrid power system for the state.

Seyi Makinde, governor of Oyo State, disclosed this on Saturday at the groundbreaking ceremony for the independent power project, ‘Ibadan Hybrid Power’.

According to him, the hybrid power system will provide energy for state facilities within the government secretariat, Agodi, Ibadan and environs.

“The special purpose vehicle that Elektron Energy will use to execute this contract is Ibadan Hybrid Power Limited (IH Power),” he said.

“IH Power will also be responsible for managing the distribution infrastructure through Ibadan Hybrid Distribution Limited, which will hold an Independent Electricity Distribution Network (IEDN) licence.

“This 11MW solution is called a hybrid power solution because it comprises 10MW gas-fired power generation and a 1MW PV solar solution.

“Within the terms of our agreement, the Oyo state government will repay the capital expenditure investment of Elektron Energy over a 10-year period within which the energy company will operate and manage the infrastructure.

“The total cost of the project is pegged at N8,027,430,214. This project is being executed on a build-operate-transfer basis.”

Also, it is expected to power about 10km radius of public lighting under the ‘Light-Up Oyo’ project, the judicial complexes at Iyaganku and Ring Road, the Oyo state house of assembly and a selection of schools within a defined catchment from the generation plant at the Oyo state secretariat.

“Although this project will initially serve Oyo state government facilities, we are already thinking of incorporating similar projects into our administration’s vision to facilitate the expansion of the state’s economic base by making power available to industrial catchments,” Makinde added.

The governor also said the project will be completed in six to eight months.