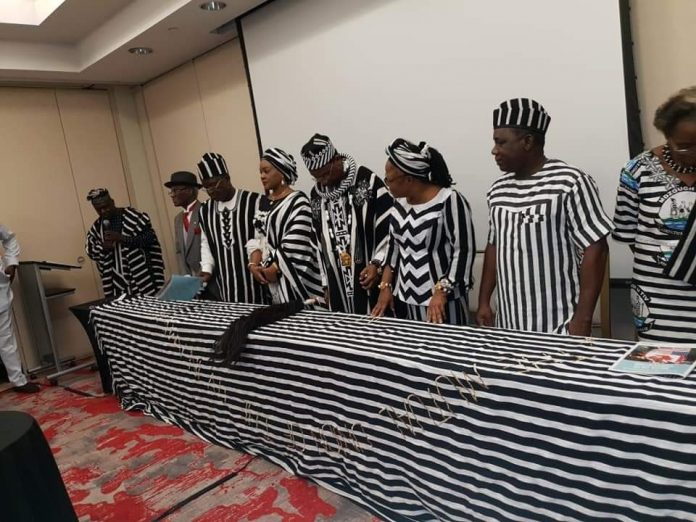 The petition by Mutual Union of Tiv in America (MUTA) which was rejected by Deputy Speaker of the House of Representives, Idris Wase after being submitted by a member of the House Mark Gbillah (PDP-Benue), has been accepted by lawmakers in the lower chamber of the national assembly.

Speaker of the House of Representatives, Femi Gbajabiamila who accepted the petition at plenary on Tuesday March 23, said the House would never discriminate against Nigerians irrespective of where they live. Gbajabiamila stated that “the misunderstanding” that ensued from the submission of the petition earlier, was as a result of efforts to ensure clarity of signatories and identities of the petitioners.

He said;  “I believe this is the same petition that has attracted a lot of attention last time; it is signed right? By the petitioners right?“The House of Representatives does not discriminate against Nigerians no matter where they live.“The misunderstanding came from the issues of signature.“I must say the Deputy Speaker, Rep. Ahmed Wase, is one of the champions for diaspora voting and one of the brains behind the creation of a diaspora committee in this house.“Having made clear that understanding, please go ahead and lay that petition.”