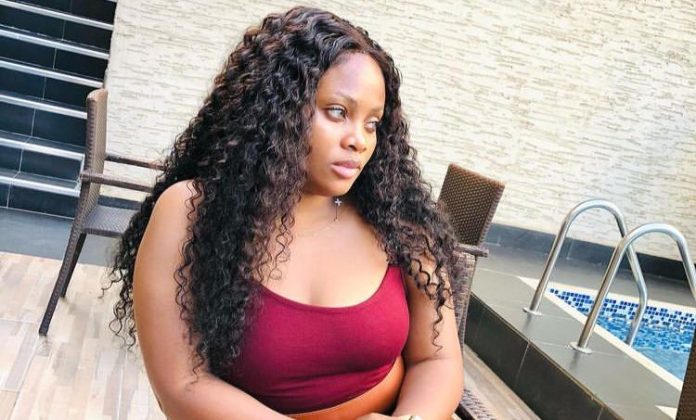 BBNaija 2021 star Tega Dominic has hinted about going through a lot in a cryptic post she shared on social media.

The mother of one in a post she shared on Snapchat noted that her fans and followers are oblivious of the problems she’s currently facing because she’s not one who shares her problems with people.

In the cryptic message updating her fans on the recent happenings in her life, she wrote, “I face a lot, but I am not a storyteller”. 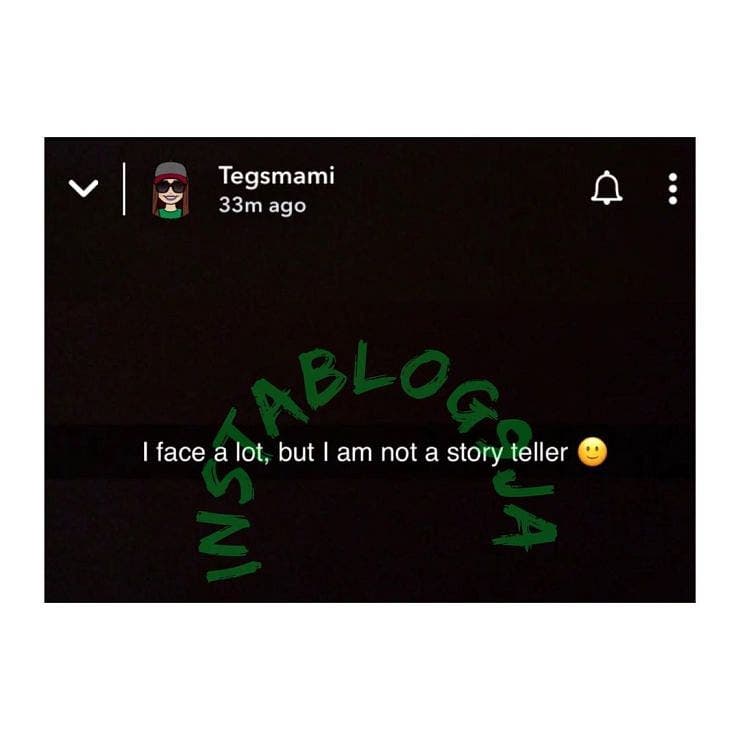 A week before Tega was evicted from the BBNaija show, she set tongues wagging with a video that went viral, which featured her kissing fellow housemate, Boma while in bed.

She also kissed Boma in front of the housemates and at the executive lounge where he spanked her.

Other clips also showed her and Boma under the duvet, an act which she insists was a script.

Being a married woman, Tega received criticisms from fans of BBNaija on social media, and some claims that led to her eviction from the show.