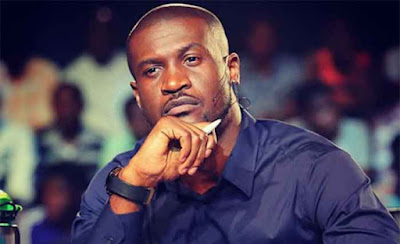 Nigerian singer, Peter Okoye, popularly known as Mr P, has stated that people without their Permanent Voters Cards were not allowed into his home and office.

The member of the singing duo P-Square said this in a tweet on Monday, where he noted that he has instructed his security and management to ensure adherence to the directive.

He noted that the same directive also applies to his management team and entourage, noting that they won’t be allowed to travel with him without their PVCs.

Mr P said, “I have just instructed my security and my management that no one is allowed to visit my house or my office without showing their PVC! This also includes my management team and entourage! No PVC, no visits and travels!”

The singer noted that Nigerians must “get it right this time” and vote out bad leaders in the forthcoming 2023 general elections.

“We must get it right this time and vote out bad leaders,” he said.

It was learnt that the massacre which claimed lives, happened in the church, which is less than 200 meters away from the Palace of Olowo of Owo.

With crying emojis, the singer wrote, “Owo, Ondo state, Nigeria. Why? Why? Why?”

Other celebrities saddened by the attack include Davido, Mr Macaroni, Eva Alordiah, Ladipoe and a host of many others.