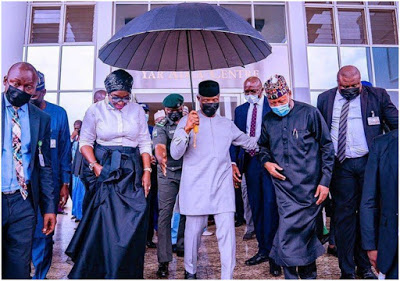 Reno Omokri, a former aide to Ex-President Goodluck Jonathan, has thanked Vice President Yemi Osinbajo for acknowledging the importance of an umbrella.

Umbrella is the logo and symbol of the Peoples Democratic Party, PDP, a former ruling party that was kicked out in 2015 by Osinbajo and others in the All Progressives Congress, APC.

Photo of Osinbajo holding umbrella went viral during the week with the VP’s photographer, Tolani Alli posting more of such photos on social media.

The Vice President could be seen holding an umbrella to protect himself and others.

“I thank Vice President Osinbajo for publicly acknowledging that Nigeria needs the umbrella to return to the centre and save Nigerians from the damage done by the broom,” Reno Omokri tweeted.

Nigerians on social media also praised the Vice President for holding the Umbrella himself instead of his aides, which is a usual practice in Nigeria. 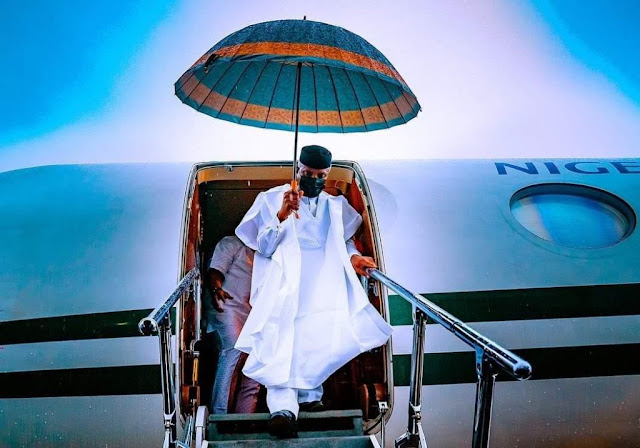 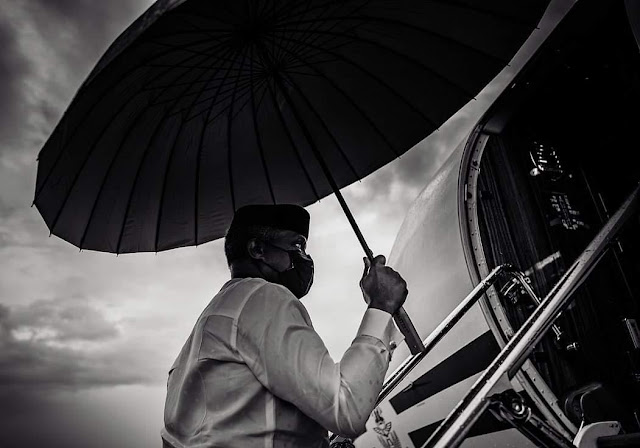 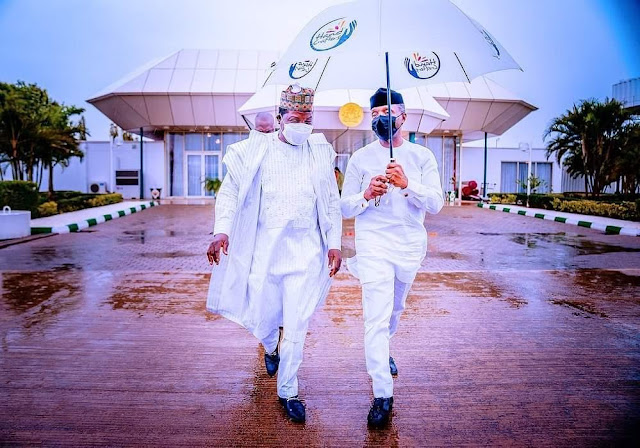